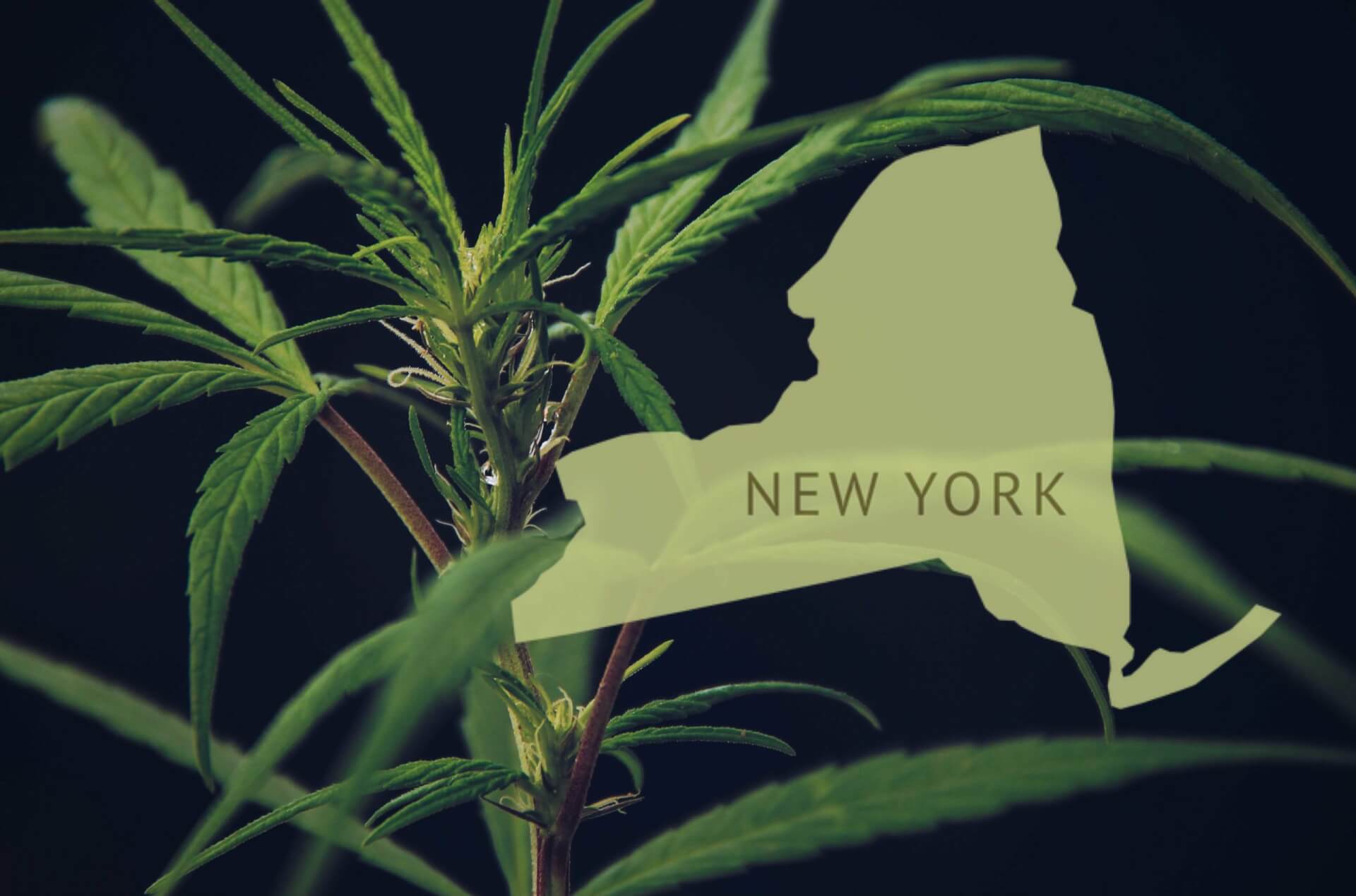 On Saturday, New York Senate and Assembly lawmakers sent a new budget proposal to the desk of the Governor, Gov. Kathy Hochul (D), the proposal included provisions to permit marijuana businesses to make deductions from the state’s tax revenue that are available to other industries despite federal ban on cannabis.

The aim of the proposal was to carve the exemptions marijuana have been barred with, it was presented to permit marijuana companies the entitlement to deduct from state’s tax for business expenses, the lawmakers included it as a form to an earlier version of their budget measures last month. And claim credits at state level.

Settlement with the Governor over an unrelated element of interest caused a delay and the budget’s deadline was extended, the submitted proposal by the Senate and Assembly included the cannabis measure in the final version.

Internal Revenue Code Section 280E has been enacted in the U.S. since 1982 during the War on Drugs, and it has a significant effect on cannabis businesses. Under the code, business activities that involved “trafficking in controlled substances (within the meaning of schedule I and II of the Controlled Substances Act).” They were not entitled to deduct from federal taxes for their business expenses, but were still obligated to pay their taxes like every other company.

In effect of 280E, medical and adult-use cannabis companies across the U.S. are excluded from making federal tax deductions. The proposal hopes to decouple state tax code from the federal law, if this could be achieved, marijuana businesses in the state of New York will acquire a significant amount of tax savings.

As states easily reflect federal tax policies in their own codes, the federal government and its rigid stance against cannabis has blocked state-level tax deductions. So, cannabis businesses still pay effective tax rates, some up to 80 percent, according to the industry group and accounting firm.

New York legislative leaders in both Senate and Assembly chambers therefore, have seized the opportunity to come together and resolve by including a language that requests for an amendment in state statute that would make exceptions for the net entire taxable income and adjusted gross income in their final budget proposals.

Under 280E, the state would not be able to tax cannabis companies for any amount at all that the federal government disallows “related to the production and distribution of adult-use cannabis products.”

If the policy got support through his signature on the governor, it would be enacted immediately and applied to taxable years starting from January 1, 2022.

The budget proposal submitted on the desk of Gov. Hochul’s desk contained a funding of $200 million which would be generated from cannabis business fees and private capital investments in other “to assist social and economic equity-entrepreneurs with the build-out of their adult-use cannabis businesses,” coming from a press release of the Governor’s desk.

Initially, the early budget proposals to be submitted included a partial workaround for the state’s 280E tax; it was different but aimed at the same goal and effect.

Earlier, both chambers stated that “the provisions of Section 280E of the Internal Revenue Code, relating to expenditures in connection with the illegal sale of drugs, shall not apply for the purposes of this chapter to the carrying on of any trade or business that is commercial cannabis activity by a licensee.”

“The goal here is to decouple the state from the federal government on the deduction of business expenses to allow cannabis companies to deduct on their state taxes (since they can’t do so on their federal taxes),” Chair of the Senate Finance Committee, Krueger told Cannabis Wire last month. “All other businesses can deduct business expenses, and not being able to is a burden on the cannabis industry. We can’t fix the federal issue, but we can fix the state issue, which was the impetus for this language.”

In light of the federal tax block against the marijuana industry, other states have followed suit, considering the choice of enacting similar policy changes in their states. For example, Missouri lawmakers sent a bill to the desk of their governor requesting that medical cannabis business industries be entitled to deduct from tax revenues; it got vetoed for unrelated reasons that weren’t issues of cannabis.

On Thursday, a board member of the National Credit Union Administration (NCUA), at the federal level shared how encouraged he felt to see states like New York making bold steps to annul the marijuana industry within the financial sector, but was discouraged as he expected congress to act in cooperation.

A published report released last year showed analysis collated by congressional researchers examination into tax policies and restrictions for the cannabis industry – and how they could change if federal reform bills get enacted.

Regulators in New York published a notice last month, the idea of which was to entitle persons with prior cannabis convictions, or family members who have been victims of cannabis criminalization to get the first set of adult-use marijuana retailer licenses, ahead of medical cannabis dispensaries. Recent poll found a large percent of New Yorkers to be in opposition of the proposals’ idea.

Gov. Hochul administration calls the licensing development a part of the “Seeding Opportunity Initiative,” which was also announced by her last month.

Executive Director Chris Alexander of the Office of Cannabis Management (OCM) shared his expectancy of more than 200 “justice involved” applicants to get hold of this priority license under the proposal, and retailers have a potential online presence by the year’s end.

The state of New York has as well begun deliberate steps to get the marijuana industry into the position of having products readily available by the creation of a provisional marijuana cultivator and processor licenses for any of the existing hemp businesses that would partner to promote fairness in the burgeoning industry. This “Farmers First Program” is a second part of the Seeding Opportunity Initiative the Hochul administration is enacting. Gov. Hochul signed the legislation in February.

Crystal Peoples-Stokes (D), Majority leader for the Assembly chamber who sponsored a bill that got enacted and launched a fairness centered political action committee recently, aimed to focus on electoral candidates who supported the marijuana reform. “We are doing what no other state has done by focusing on the people most criminalized by cannabis prohibition, and promoting New York farmers.”

Although adults at least 21 years of age are eligible to possess and consume marijuana, as well as even gift marijuana to other eligible adults, regulators are yet still settling the final process of licensing rules because, currently no retailer has been authorized to sell cannabis in the state of New York.

The governor, Gov. Hochul has effortlessly echoed her interest into enacting the law, and released a State of the State book back in January aimed for the creation of the $200 million public-private fund requested for in the bill to promote social equity in the state’s emerging marijuana market.  The funding is called “New York Social Equity Cannabis Investment Program.” Which is the last of the three-part Seeding Opportunity Initiative.

Hochul shares in the disappointment of cannabis businesses over their license approval since its legalization got enacted two years prior, she said the market still stood the chance to generate billions of U.S. dollars, so it would be necessary to “create opportunities for all New Yorkers, particularly those from historically marginalized communities.”

The proposal released in January cited in the governor’s budget that New York stood to generate more than $1.25 billion over the next half-dozen years in marijuana tax revenue.

Enacting the bill into effect stands to assist the state in reducing the many businesses that are actively using the legal “gifting” provision of state’s marijuana bill to give away cannabis if non-marijuana-related purchases were made.

In light of this, the New York committee of regulators issued out a strict warning to over two dozen businesses that have been confirmed to either partake in the illegal commerce of marijuana without a legal license or exploiting the measure of “gifting”

Below are a few measures the New York regulators and lawmakers are willing to exercise on towards the enacting of the bill as the states prepares to launch implement licenses in retail sales:

A state senator in February filed for the enacting of a bill aimed to promote recycling once retail sales get officially launched in the marijuana industry. The recycle bill bears resemblance to one filed by the Assembly chamber by Assembly female member Patricia Fahy (D) last year.

Senator Michelle Hinchey (D) intentionally is sponsoring the bill aimed at requiring cannabis shops to apply a $1 deposit for each marijuana products sales in single-use plastic containers, and as well compensate marijuana consumers of the fee provided they returned the container. The senator also filed a separate bill aimed to prioritize hemp-based packaging over the usual synthetic packaging for marijuana products last year.

The New York Department of Labor has as well enacted a bill for its state’s employers to annihilate the practices of drug testing of marijuana on employees.

Amidst this, a state’s lawmaker released a notice in June aimed to establish an institute for the research of the therapeutic potential of psychedelics.

A state’s legislature also filed a bill in December to enact the legalization of psilocybin mushrooms for medical assistance, and invest into established facilities that would specialize in the growth and patient administration of it.

As the state of New York prepares to launch its adult-use cannabis market, the OCM has announced their intention to expand the medical cannabis program. Now, doctors would be at ease to recommend marijuana medically to patients whose condition needs it.