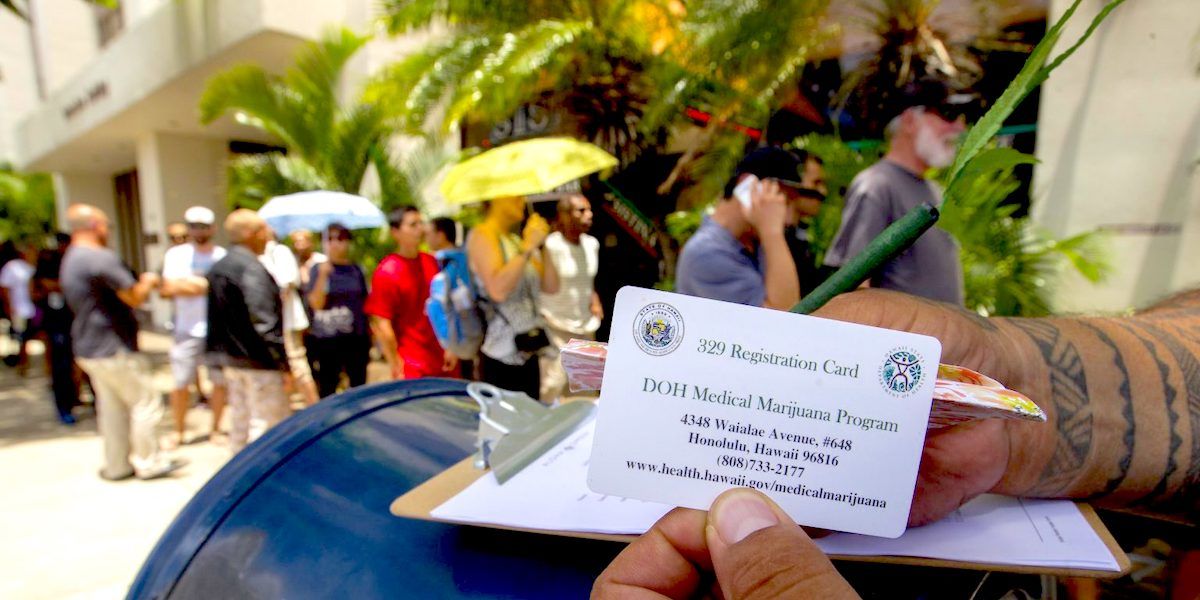 The Aloha state just found a way to make itself even more welcoming to visiting tourists. Hawaii’s Department of Health recently started a program that will allow out-of-state patients to purchase medical marijuana if they provide the required documentation from a physician or state. However there is some paperwork that must be completed but fortunately this can be done up to 60 days prior to arriving to the islands.

To qualify out-of-state patients must have a valid medical marijuana ID card from a U.S. state or territory as well as government issued ID from the same state. They must then apply online and pay a nominal fee to the Department of Health before they’ll be issued 329-OSP cards allowing them to enter a medical marijuana dispensary.

Executive director for the Hawaii Educational Association for Therapeutic Healthcare, Pedro Haro noted that, “The Hawaii State Department of Health has worked to make the application process as seamless as possible and has set up a fantastic new electronic portal to improve access. The application can be found on the DOH’s website and takes about 10 minutes.”

Once out-of-state patients receive their 329-OSP card they can visit any medical marijuana dispensary for up to 60 days while in Hawaii. If they need to extend this amount of time, they can renew their medical marijuana card once for an additional 60 days. While visitors now have access to medical marijuana, they can only legally possess up to four ounces of usable cannabis.

Hawaii does have some strict rules regarding transporting medical marijuana. Haro pointed out that, “All cannabis products must be transported in a sealed, opaque container. Federal law prohibits transport of cannabis over the ocean or on federal lands, so patients may not legally transport cannabis products between the American continent, inter-island or within the boundaries of any national park in Hawaii.”

The majority of medical marijuana dispensaries in Hawaii only carry non-smokable cannabis products such as tinctures, capsules, lozenges, extracted oils, concentrates and topicals. Medical marijuana edibles are currently prohibited in Hawaii and smoking cannabis in public could result in criminal charges.

Haro remarked that, “Hawaii has some of the most rigorous smoke-free laws in the nation. In general, smoking or vaporization of any product is prohibited in all public areas including hotels, stores and restaurants. Additionally, smoking is prohibited in county and state parks and beaches, as well as within rental vehicles.”

Allowing out-of-state patients to access medical marijuana is a great way to stimulate Hawaii’s medical marijuana industry while catering to the needs of those with medical conditions. Previously many of the local dispensaries felt like they were missing out on business from tourists. Haro went on to say, “The 329-OSP card is a way to ensure they receive that access without negative impacts to our residents.”

The development of the new online application process will also help residents acquire their 329-OSP card easier and increase the consumer base. Haro said that, “The new electronic card system developed for visitors has been extended to residents, which will expedite card processing. Plus, the high compliance costs for dispensaries can now be shared among more patients which, in time, should bring product prices down for all patients. It’s a win-win for all concerned.”