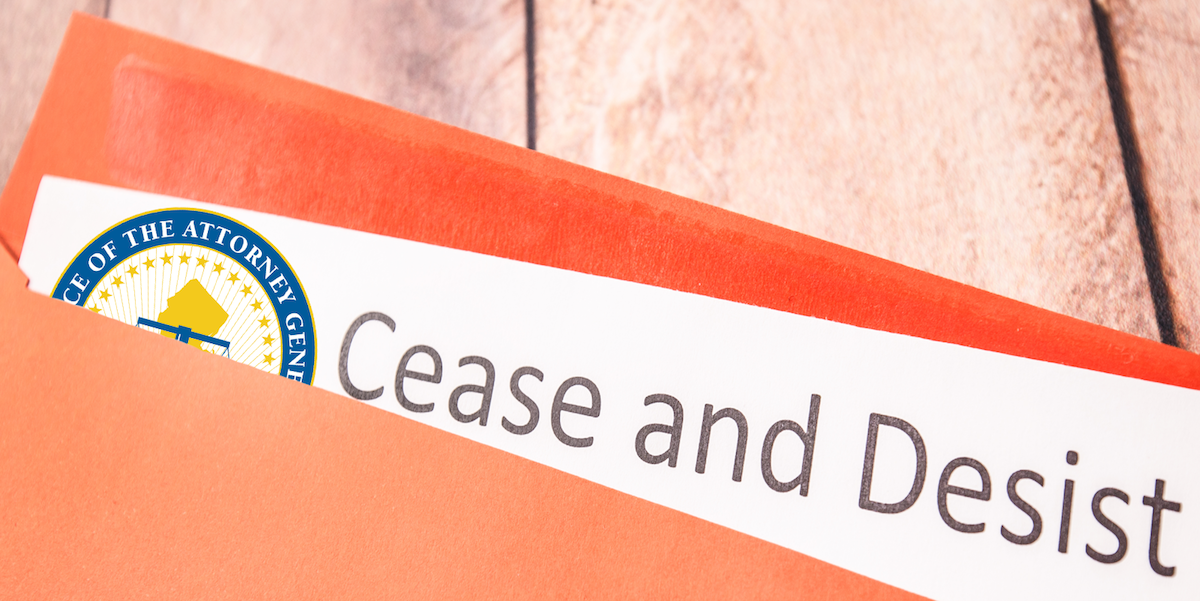 In an attempt to enforce new laws on the legal marijuana market, California cannabis regulators have issued a cease and desist letter to almost 1,000 unlicensed dispensaries. This is thought to be just the first step in extended effort to eliminate black market sales and legitimize California’s cannabis industry.

According to recent reporting, the California Bureau of Cannabis Control sent cease and desist letters or emails to 954 marijuana dispensaries who are believed to be operating outside of the current cannabis regulations. Some of these storefronts have been identified as blatant violators while others are still operating while working on obtaining the necessary permits.

A large majority of the delinquent dispensaries, an estimated 64%, are based in the Greater Los Angeles area. However, this initial step is proving to be an effective means of making the BCC’s  expectations clear.

The BCC’s spokesman Alex Traverso notes that, “There's been a pretty decent amount of activity surrounding the letters. Not just the letter, but us following up on the letter to make sure they got the letter and to look at next steps.”

Upon following up with unlicensed retailers, Traverso stated "It's slow going, but so far, we're relatively encouraged by the number of people who received the letter and said, 'OK, I'm going to get my application in.'"

One of the challenges for California cannabis regulators is recognizing the difference between business who actively want to participate in the regulated marketplace and those who are buying time in order to avoid paying cannabis taxes and expensive licensing fees.

Traverso notes that there are encouraging signs with more applications coming in every day. "We're hopeful that those people are moving in the right direction and getting their ducks in a row and hopefully getting their state license," he said.

When it comes to stepping up the level of enforcement, California cannabis regulators have yet to decide on the best path forward. They are providing all marijuana related businesses ample opportunity to apply and be approved for a temporary or annual license. However, this process has been slow for many applicants and shutting down businesses preemptively could result in an unnecessary backlash.

The BCC spokesman did acknowledge, “We know we need to get out there and make that next step, because that's the way people are going to say, 'The state's going to crack down if you don't get a license.'"

Once California cannabis regulators make the move to a stricter enforcement policy, the number of grey and black market retailers will be significantly decreased. Most dispensary owners agree that the cease and desist letters are an adequate first step to notify business owners. However some businesses are becoming frustrated with the constant delays for delivery service applications.

This has been a tricky legal grey area as some municipalities have law preventing cannabis sales while delivery services continue to fill orders within those city lines. Hopefully this will be resolved in the next few months. Until then, any cannabis business still operating without a license should start the application process as soon as possible.