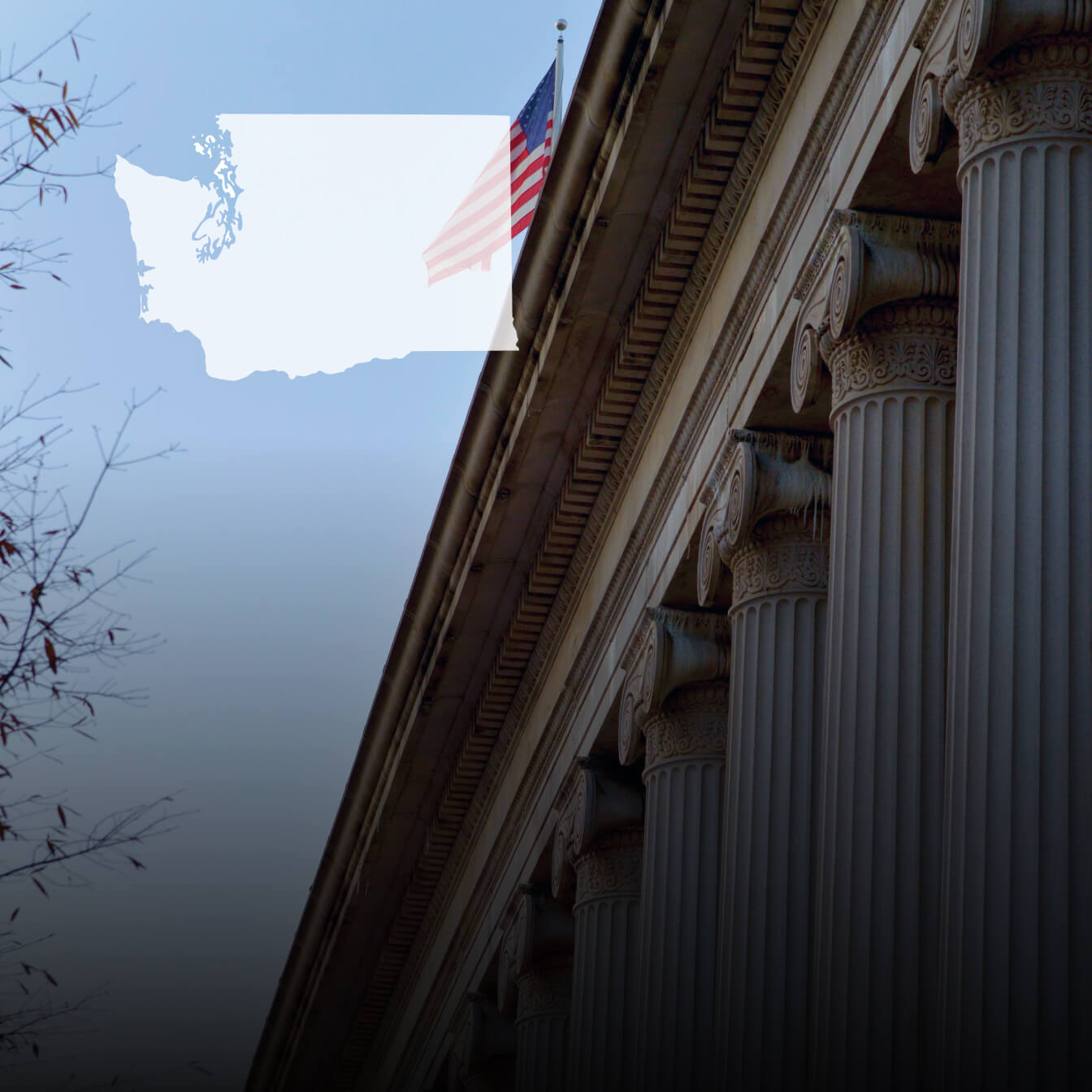 The state of Washington became one of the first states in 2012 to legalize recreational marijuana use by a majority vote that approved the initiative I-502. The initiative and subsequent laws also established a system of regulating growers, processors, and retailers of cannabis in Washington.

Learn about the Washington marijuana laws before you take a hit in the Evergreen State.

Who Can Purchase Marijuana in Washington?

Marijuana is still illegal under federal law in Washington, though with some laws loosening the restrictions on marijuana use in the state. You must be 21 or older with a valid photo ID to buy cannabis from any store licensed by the Washington State Liquor and Cannabis Board. You may not use or possess cannabis before the age of 21 unless you are medically authorized.

According to marijuana law, it is prohibited for anybody underage to consume marijuana, including if their parents gave them cannabis. Legal carrying restrictions will vary depending on the type of product, for example:

Where Can I Use or Possess Marijuana in Washington?

Consuming cannabis on federal property, including parks, is prohibited because it is still a criminal offense under federal law. As sovereign nations, tribes may have laws that forbid the sale and usage of cannabis on their territory.

Who Can Grow Marijuana in Washington?

Under Washington laws, you must have a medical exception, be a designated caregiver, or have a producer’s license to grow or manufacture marijuana.

Adults over 21 can grow up to six plants for personal use in Washington state as long as only three plants are flowering at once. People can have up to eight ounces, or 226 grams, of usable marijuana from their plants.

It is significant to remember that selling marijuana without a license is prohibited in Washington state.

A Washington patient must get a caregiver’s permission to use medical marijuana. Afterward, individuals must visit a medically-endorsed dispensary to meet with a licensed medical marijuana consultant to get a medical recognition card. A patient with this card can make three times more daily purchases than recreational customers. They won’t be subject to sales tax either.

The adult medical authorization has one-year validity; for minors, the validity period is defined as every six months.

Under the supervision of a doctor, patients with terminal or debilitating medical conditions may benefit from using marijuana for medical purposes.  Qualifying conditions include:

Driving Under the Influence of Marijuana

Driving while intoxicated with marijuana is prohibited in Washington state. The state has a zero-tolerance policy for Tetrahydrocannabinol (THC) (the primary psychoactive component of marijuana) for drivers.

As mentioned above, under the Washington marijuana laws, After Initiative 502 was approved, it became legal for adults over 21 to buy and possess cannabis products from licensed dispensaries. Additionally, the state still runs an active medical marijuana program.

The state’s latest seed-to-sale tracking system is called Leaf Data Systems. Every cannabis business with a license must have and keep a Leaf account. It is now simpler than ever for retailers to receive items and report inventory data to the state thanks to Leaf Data Systems’ comprehensive integration with the marijuana retail software system.

Washington only permits the sale of flowers, concentrates, infused goods, and paraphernalia at dispensaries. They are not permitted to provide branded items like hats or t-shirts for sale.

Dispensaries are permitted to operate in accordance with Washington marijuana laws between the hours of 8:00 am and 12:00 am, although local municipal governments may alter this.

According to Washington marijuana laws, there are particular limitations on advertising marijuana in the state listed below.

No promotion for cannabis products may target children; it includes using cartoon characters or famous people geared toward younger audiences or encouraging consumption by underage or outside of their state. No product may promote any healing or therapeutic effects.

Any cannabis advertisement must include the following government warnings:

Billboard advertising is permitted for cannabis dispensaries with some limits:

A retail cannabis firm may also have a website, but it isn’t allowed to target or approach anyone under the age of 21. All cannabis products must be bought in-store, while you can offer branded non-cannabis goods on your website.

There are several limitations to a dispensary’s ability to advertise in print media. A non-resident or underage audience cannot be targeted or distributed by the publication. Additionally, the advertisement’s message must adhere to the same standards as signage and billboards (no cannabis depictions or photos, cartoon characters, or anything appealing to minors and must include government warnings).

In Washington State, growing, transporting, and selling marijuana are all class C felonies with sentences of up to 5 years in prison and fines of up to $10,000.

Possession of more than 40 grams is a class C felony punishable by up to 5 years imprisonment and a fine up to $10,000. An additional mandatory $1,000 fine applies to first-time offenses and a $2,000 fine to second or subsequent offenses.

Sale or distribution of any amount of marijuana is a C felony punishable by up to 5 years imprisonment and a fine up to $10,000. An additional mandatory fine of $1,000 applies to the first offense and a $2,000 fine to the second or subsequent offenses.

Once again, we want to remind you that marijuana laws across the state of Washington are continuously changing and updating, as in the rest of the country. Washington is often at the forefront of marijuana legalization, so it’s essential to keep up with how these changes will affect you as an individual and your business as an entity.

Consider also that the guidelines provided here can not be interpreted as legal advice but as information.