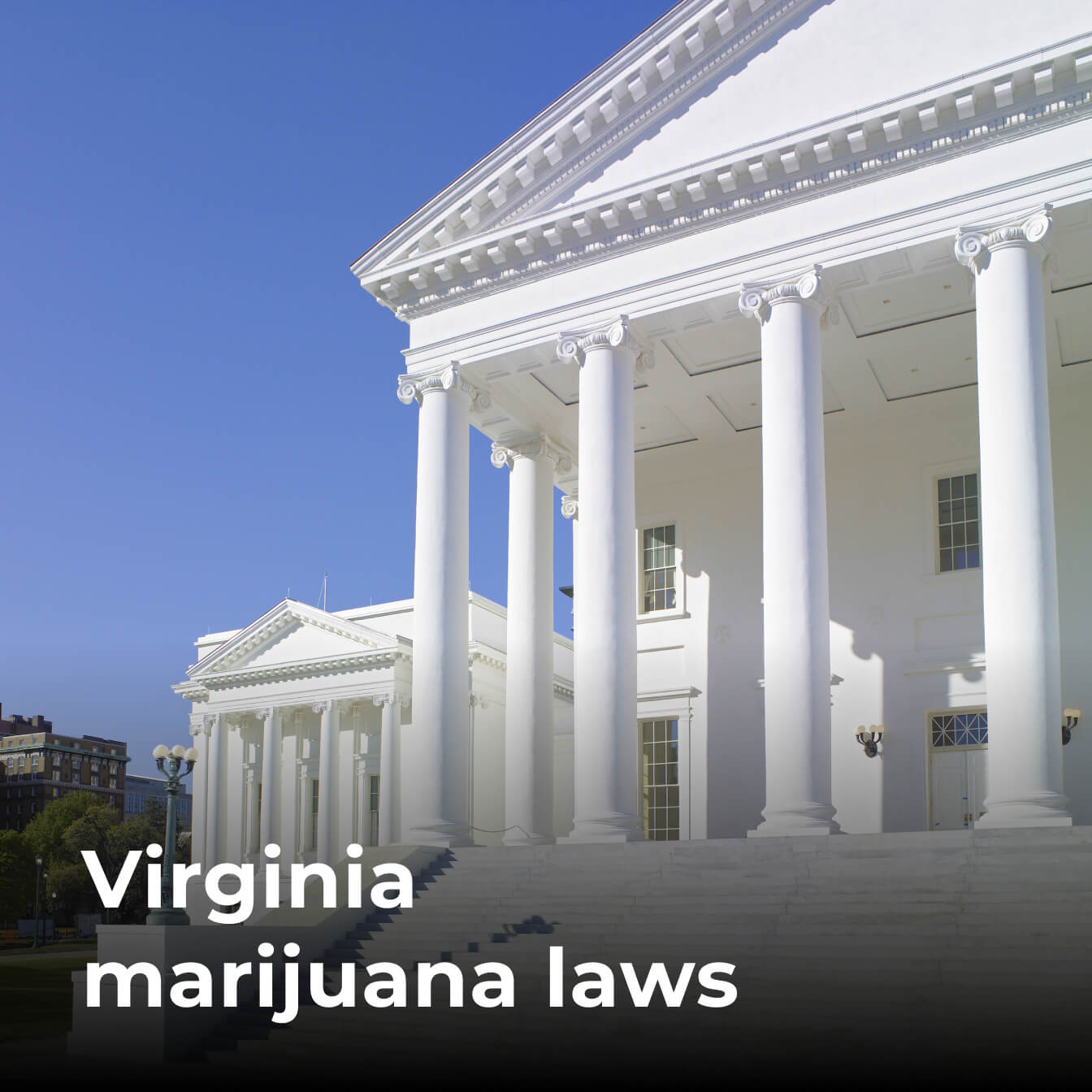 As of July 1, 2021, recreational use of cannabis took effect in Virginia. The General Assembly approved a bill that legalizes adult possession limits and other related marijuana laws. Retail sales of adult-use marijuana are not permitted yet and are scheduled to start in 2024.

What is Legal Under the New Law in Virginia?

Adults 21 and older in Virginia may possess up to one ounce of marijuana and grow up to four plants in their homes. The plants must include a legible tag with an adult’s name, driver’s license, or ID number and a note indicating the marijuana is grown for personal use. Adults are also allowed to share up to one-ounce of marijuana with another adult aged 21 and older without any remuneration or exchange of money.

What is Illegal Under the New Law in Virginia?

It remains illegal for anyone in Virginia to possess more than one ounce of marijuana and for anyone under 21 to consume, purchase or possess marijuana. It is banned to distribute or sell marijuana or to possess any amount to sell or distribute it. The law also prohibits smoking marijuana in public, including while driving and while being a passenger in a vehicle. Marijuana must be placed in an originally sealed manufacturer container while driving. You may not possess marijuana on the grounds of a public school, nor may you manufacture marijuana concentrate from home-cultivated marijuana. Sales of recreational marijuana are prohibited as they are scheduled to become legal in 2024 in Virginia.

Patients in the state of Virginia can apply for a medical cannabis card. Patients must receive a written certification from a registered practitioner and then apply for registration with the Board of Pharmacy before they can possess medical cannabis products.

Under Virginia marijuana laws qualifying conditions may be any diagnosed condition or disease diagnosed  and prescribed by the practitioner.

The specified possession limit for botanical cannabis allows for up to 4 ounces per 30 days to be dispensed to a patient.

The specified possession limit for cannabis products is a 90 day-supply. As defined under the law, such products may contain up to 10 mg of THC per single dose. Products permitted under the marijuana laws may be in any formulation, including inhalable, edible, and topical preparations.

According to Virginia marijuana laws Cultivation of up to four plants per household is permitted by adults  21 or older.

Based on Virginia marijuana laws a person 21 years or older may possess not more than one ounce of marijuana or an equivalent amount of marijuana product.

Anyone who possesses marijuana or marijuana products of an amount of up to one ounce will be subject to a civil penalty of no more than $25 under marijuana laws. It will not include imprisonments, criminal records.

Home Cultivation for personal use

A person who cultivates marijuana for personal use must:

In Virginia, having a large quantity of marijuana is not proof of intent to distribute alone. Distributing from one ounce to 5 pounds of marijuana is a Class 5 felony, punishable by one to 10 years in jail.

A third sale or intent to distribute conviction brings a minimum sentence of 5 years in Virginia.

According to marijuana laws in Virginia Distributing marijuana to any person under 18 years of age who is at least three years younger than the offender or using such a minor to distribute:

Distributing more than a half-ounce of marijuana within 1,000 ft. of a school or school bus stop is a felony, punishable with a mandatory sentence of 1 year to sentence of 5 years, plus a fine of up to  $100,000.

Under marijuana laws in Virginia any person who manufactures marijuana or possesses marijuana with the intent to manufacture such a substance, not for personal use, is guilty of a felony punishable by mandatory imprisonment of five to 30 years and a fine of up to $10,000.

Transporting 5 lbs or more of marijuana into Virginia with the intent to distribute it is a felony, punishable with a mandatory sentence of 5 years to 40 years and a fine of up to $1,000,000. A second or subsequent conviction for the same crime raises the minimum sentence to 10 years pursuant to marijuana laws in Virginia.

In Virginia, it is illegal for anyone other than a pharmaceutical processor to advertise the sale or distribution of marijuana.

Specific internet platforms like Google have banned ads for marijuana. However, federal laws and state advertising regulations related to other advertising options like billboards, print ads and digital banner ads change, intersect, and contradict each other. So businesses are left confused about how they can organize advertisements of their products or services. In such a case, hiring a competent legal adviser would greatly help you.

The laws and regulations surrounding cannabis products, in general, are undoubtedly complex. They need sufficient competence and knowledge of how it works within a state, Virginia, in this case. So be sure to get acquainted with the laws above to prepare for your future cannabis enterprise in Virginia.