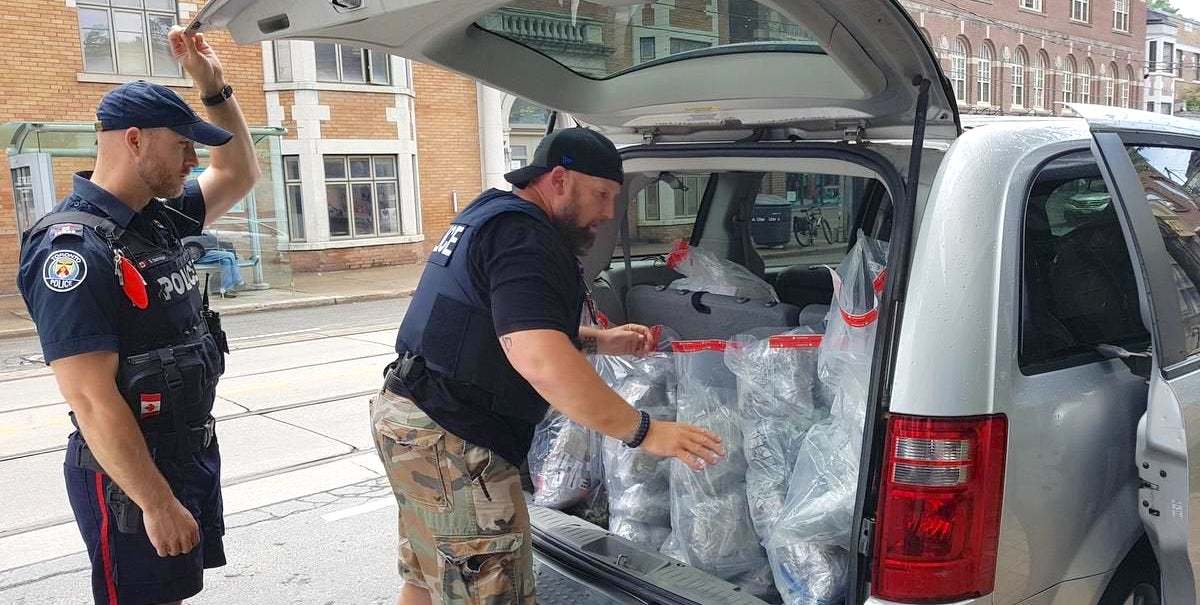 The activities of the Medicine Box dispensary located at 181 Charlotte St. in Peterborough, Ontario were reported earlier last month by the Peterborough Examiner. While the storefront read “Psychic Studio”, the Examiners discovered that people were not actually going there for fortune reading or any of that,  they were simply buying cannabis.

During the first visit of the Examiners back in January, the owner of the unlicensed store declined an interview and asked that his story not be published. While the Police Department was aware of the activities of Medicine Box, they had remained calm about the issue.

Lauren Gilchrist, Spokesperson of the city’s Police Department while speaking to newsmen after the story broke out revealed that “an investigation into the activities of a potentially illegal dispensary and the shutting down of that dispensary is a process that needs resources and takes months to complete”.

This Monday, Criminal Analysts, the city’s Police Intelligence Unit, and the Drug and Asset Forfeiture Unit executed a search warrant. According to the information received from the Police Department, one person was arrested during the Monday raid. However, there has not been any word from the Police on whether they will be pressing charges.

While we have generally experienced a significant increase in cannabis consumption, possession, and purchasing of even up to 30 Gram, it still remains very illegal to sell without a license.

During the raid, large quantities of cannabis and other cannabis edibles were seized at the unlicensed cannabis store down at 181 Charlotte Street.

While the raid was ongoing, renovations have continued at the city’s first licensed cannabis shop, Huge Shops. This store won the cannabis second store lottery of the province last August and has since then continued to sell cannabis. Currently, there have been talks of a Growers Retail Store to be opened at 225 George St.