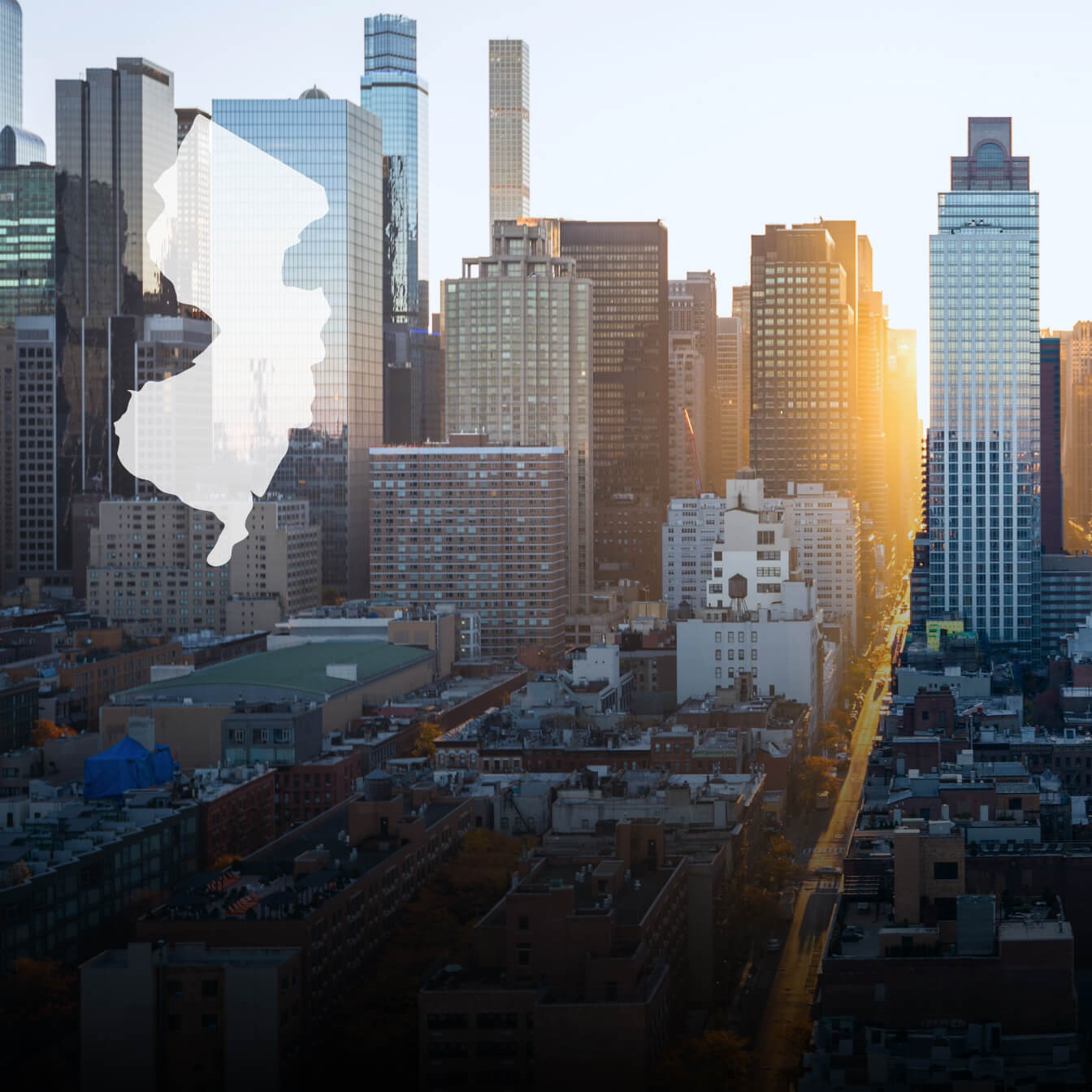 Marijuana laws and policy have become a significant and engaging study area following almost two decades of state regulatory change. More than forty states have legalized marijuana in some form, rejecting the harsh restrictions that dominated the previous decades and are still in force at the federal level.

New Jersey is one of these states, passing a series of Legislature in 2020 and 2021 that decriminalized recreational marijuana usage. Despite state legislation, federal law still classifies marijuana as a Schedule 1 drug and forbids its consumption for recreational and medicinal purposes.

The recreational marijuana regulations pursuant to New Jersey marijuana laws, as well as those governing the sale, growing and medical use of marijuana, will all be covered in this article below.

Decriminalization Is Not the Same as Legalization

When a state makes a specific action legitimate, both criminal and civil penalties are no longer applied. If the state decriminalizes the behavior, it will still be illegal, but there will be no criminal Penalty. Instead, a person may just be given a ticket for the offense, which carries a fee but no threat of jail time. Under New Jersey, new marijuana laws the state legalized the possession of small quantities of marijuana by people aged 21 or older. Additionally, the state decriminalized minor marijuana possession.

Like every other entity that has legalized marijuana usage for recreational purposes, New Jersey limits such use based on a number of variables, including age, amount, and location.

Regardless of state marijuana laws, the Controlled Substances Act forbids the cultivation, distribution, and possession of marijuana for any purpose. Even though New Jersey’s marijuana laws contradict federal law, states are not compelled to uphold the law or bring criminal charges against offenders; As a result, the State of New Jersey is not in violation of federal law for complying with the Act.

The following eight enforcement objectives are to be prioritized by United States Attorneys when prosecuting marijuana-related offenses under federal law:

Who Can Purchase Marijuana in New Jersey?

A licensed retailer may lawfully sell up to one ounce of marijuana to those over the age of 21. (The state will take some time to create laws to provide adult-use store licenses; this might happen in 2022 or later).

Adults who are 21 years old and older are also permitted to possess up to six ounces of marijuana. Additionally, it is no longer illegal to possess marijuana-related drug – paraphernalia. On private property, marijuana smoking and vaping are allowed with the owner’s permission. Hotels and other lodging facilities may also designate certain rooms as smoking areas.

In general, you are allowed to smoke or vape inside of your own house, but even this rule has an exception. The building owner, association, or landlord may forbid marijuana use if you rent an apartment or reside in multifamily housing.

Prohibited Possession of Marijuana by Adults Aged 21 and Older

Criminal charges will be brought against someone with more than six ounces of marijuana. Fourth-degree crimes are subject to fines of up to $25,000, jail terms of up to 18 months, or both, depending on the severity of the offense. However, as mentioned earlier, police may no longer hold or arrest the person for a possession charge.

Underage Possession or Consumption of Marijana

While it is against the law for minors to possess or use marijuana in New Jersey, a violation is not regarded as a crime or delinquent behavior. An underage individual cannot be asked to agree to a marijuana search, nor may they be detained or arrested for a possession infraction or felony.

Police will give written warnings to anybody under 21 caught with six ounces or less of cannabis or marijuana, copies of which will be maintained by law enforcement to track when violations recur. A third or later warning will result in a referral to social services or counseling and a note to the agency to follow up on the recommendation. On a third or subsequent violation, the police may also seize the person’s possession of marijuana or cannabis-related items.

A complaint summons may be issued to a minor who is found carrying more than six ounces of marijuana as they have committed a fourth-degree offense.

Where Can I Consume or Possess Marijuana in New Jersey?

According to New Jersey marijuana laws, it is illegal to smoke or vape marijuana everywhere that smoking tobacco is forbidden, including workplaces, public parks and beaches, indoor public spaces, and public beaches. The grounds of a university, college, or other facilities for higher education, whether public or private, are included in this list. A $250–$1,000 civil fine may be imposed for a breach.

Private property owners may also set their own prohibitions on marijuana use or possession.

If a person does not have a current cannabis wholesaler, delivery, or retailer license, selling marijuana (or having marijuana with the intent to sell) is prohibited in New Jersey.

A person must be at least 21 years old to purchase marijuana from a licensed retailer. A person of legal age may also give up an ounce of marijuana to another adult, provided no money (or other payment) is exchanged.

In New Jersey, it is illegal for anybody to cultivate marijuana unless they have a cannabis grower license. Depending on how many plants are grown, different penalties apply. Punishments might be harsher for second and subsequent convictions.

The act is a third-degree crime, which carries a maximum fine of $25,000, a maximum jail sentence of three to five years, or both.

Between Ten and 49 Plants

The act is a second-degree crime, which carries a maximum fine of $150,000, a maximum jail sentence of five to 10 years, or both.

The act is a first-degree felony, which carries a maximum fine of $300,000, a maximum sentence of 10 to twenty years in jail, or both.

In New Jersey, it is still prohibited to drive while impaired. Cannabis is covered by the same regulations governing alcohol-related open containers and use in vehicles.

What Are the Medical Marijuana Laws in New Jersey?

Patients with qualifying medical conditions and those who are terminally ill are permitted to possess and use medicinal marijuana in New Jersey (among other conditions). Patients who meet the requirements (including minors) must register with the state and are limited to three ounces of usable cannabis per month. Cannabis plants may not be grown by patients themselves.

The following conditions can make a patient qualified to use medical marijuana:

When it comes to medical marijuana, the New Jersey statute does not address advertising (other than listing prices), and the regulations discuss only the physical characteristics of alternative treatment centers and a prohibition on specific merchandising.

Notwithstanding recent advancements in marijuana legality, the state is still awaiting rules defining the limits of such activities, such as marketing and advertising. That means New Jersians do not have regulations for advertising hemp-derived CBD products.

Despite the absence of regulations specifically addressing cannabis in Garden State, one cannot disregard our basic rules guiding business behavior, which are applicable to all businesses and industries. Cannabis businesses under the Consumer Fraud Act (FCA) must always consider the prohibitions related to cannabis advertisement. They include unconscionable business practices, deception, fraud, pretense, false promise, misrepresentation, or the knowing concealment, suppression, or omission of any material fact.

Cannabis businesses cannot afford to violate federal law or basic consumer regulations, even if New Jersey does not have legislation explicitly addressing marketing and advertising.

Additionally, alternative treatment centers in this state restrict signage to black text on a white background for external signs, labeling, and brochures. Illumination of these signs is banned, and no exterior display of medicinal cannabis or a brand name is allowed except to identify the building by the permitted name.

Prices must not be advertised except via a catalog or a printed list of the prices and strains available to registered qualifying patients and primary caregivers. No items for sale or promotion may be offered that bear a symbol or reference to cannabis.

Please keep in mind that the factual nature of the preceding recommendation on New Jersey marijuana laws should not be interpreted as legal advice.

To run your cannabis business in New Jersey, make sure to abide by the rules since they are constantly changing and updating.

The information provided here, however, could be a very useful starting point for you as a dispensary or a qualified patient.