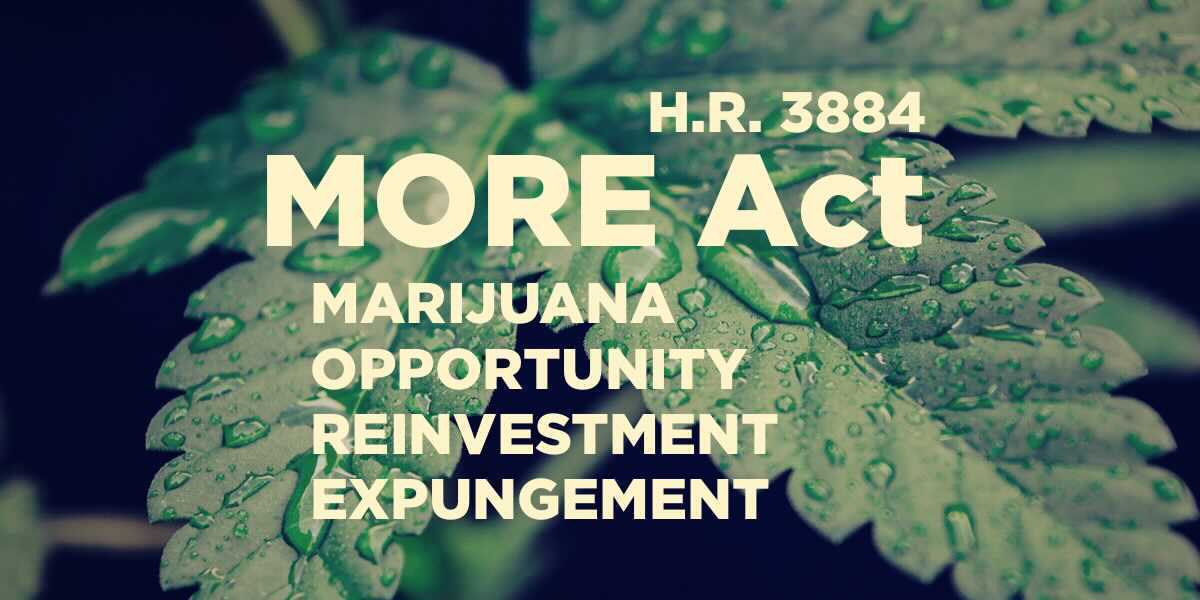 The United States House of Representatives passed the Marijuana Opportunity, Reinvestment and Expungement (MORE) Act HR 3884 in December, marking a huge step in the quest to federally legalize cannabis. However, last minute language additions to the legislation has sparked concern among cannabis advocates that could undermine social equity goals in the industry.

While most of the bill remained intact, days before the floor vote a provision was added that would require a federal permit to operate a “cannabis enterprise.” Additionally, restrictions were added that could ban individuals with prior marijuana convictions from being eligible to participate in the industry going forward.

The emerging marijuana industry in the United States has prided itself upon making cannabis an equitable enterprise to make reparations for the failed war on drugs. The new restrictions and provisions put in place by legislators runs counter to social equity goals that marijuana advocates have pushed for.

Concerned parties have argued that it’s not enough to simply end prohibition of the drug. They have argued that communities most impacted by the disproportionate enforcement of the war on drugs should be specifically uplifted and favored in the newly legal market.

Advocates have begun their push to remove the last-minute additions. They have pointed out that because marijuana criminalization disproportionately impacts people and communities of color despite comparative usage rates with white people and communities, the policy is continuing in discriminatory patterns of the past.

A major caveat to note from the added language is that the restrictions would not apply to retail dispensaries because they are not considered a “cannabis enterprise.” Only businesses that meet this definition would be affected, which include producers, importers, or export proprietors. Still, advocates hope to make the entire industry an equitable place for motivated individuals to participate freely in the emerging marijuana market.