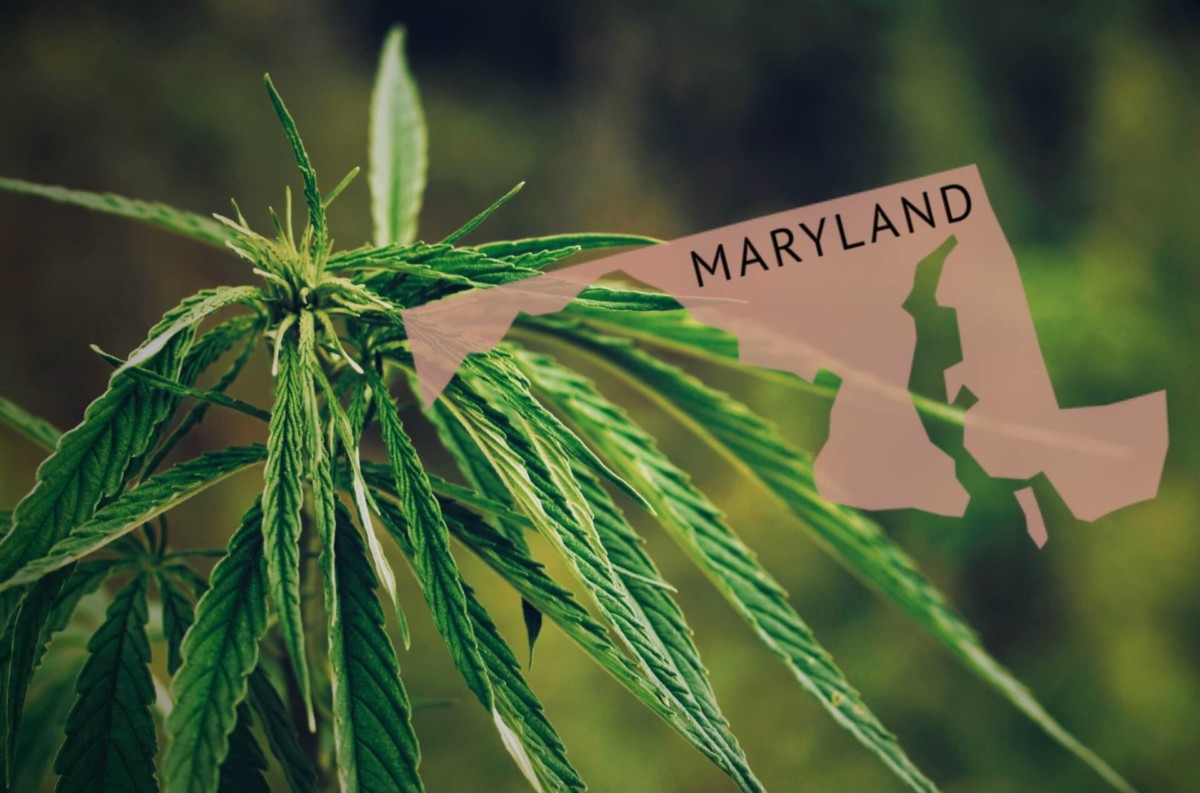 The Maryland bicameral House of Delegates passed bills to legalize the utilization of marijuana on the state’s 2022 ballot in November. The House lawmakers gave their final passage to the referendum and implementation measures – in votes of 96-34 and 92-37, respectively, before sending their petitions to the senate.

The Maryland Senators on Monday gave signal towards their followings of the leadings of the House, by weighing the legalization on the state’s November ballot. Following the November ballot, they prolonged the implementations of certain regulations for the market.

There were three reform bills for marijuana at the Monday hearing before the Senate Finance Committee: two from Del. Luke Clippinger (D) that has been passed in the House, and the third from Sen. Brian Feldman (D).

Instead of the addressing each proposals in their individual terms, members of the senate made revisions on the Senate bill, aligning it with one of Clippinger’s bills to set preliminary rules if the November ballot approves the legalization.

Aligning with the Feldman’s SB 833 would not only have placed on the legalization but also effected specific regulations for the market at large, having definite control over tax rates on marijuana products, and created new licensing polices.

The Senate committee openly disposed that act in a proposed revised version, replacing it with most of the provisions of the House-passed HB 837, which had major focuses on topics relating to penalties and expungements. The implementations of this changes, the revised version of the Senate bill would be given to the legislators to build up a more comprehensive regulatory framework if the other House bill, HB 1, gets enacted and the referendum gets approved by the voters.

This revised version would also include the provision of other cannabis legislation that got introduced this session, this legislations included the creation of a community reinvestment fund and the reduction of the allowance of state tax for certain cannabis-related expenses that marijuana businesses got barred from laying claims on under current federal tax code.

At the Monday hearing, Feldman said “The priority here is to get rid of mass incarceration of folks for non-violent small possessions of cannabis. That’s the priority with input from the voters of Maryland”. He went on to say,” Beyond that, [the goal is to lay out] some foundation for next year, tackling…more complicated issues dealing with licensing”.

Feldman’s SB 833 could have covered the legalization on the ballot as well as established regulations for the market, if approved by the voters. Unfortunately, the ballot portion of the legislations was removed in the committee’s revised bill. Given this revision, it is expected of this legislature to also pass Clippinger’s HB 1 in order for those rules to be effected.

HB 1 would request of voters to approve an amendment to the state’s constitution to legalize the utilization of cannabis and its possession by adults at least 21 years of age. Yet, the Senate panel has only touched on HB 1. The committee is expected to hold deliberate discussions and votes on the marijuana proposals on Tuesday.

Clippinger’s HB 1 would point lawmakers towards setting laws to “provide for the use, distribution, regulation, and taxation of cannabis within the state”. Taking notice of Clippinger’s HB 837 that was designed to set up initial rules for a legal marijuana market provided voters approves it. Both reform bills were reviewed in Senate Finance Committee last week.

According to discussions shared Marijuana Moment, much of HB 837 was found to be incorporated into SB 833.

The legislation would permit those with past conviction of cannabis-related to be automatically expunged, and persons serving time for such offenses would be eligible for resentencing. Under this proposed law, people convicted for possessing with the intent of distribution can approach the court with petitions for expungement three years after serving time.

The law would establish a Cannabis Business Assistance Fund in other to annul and support fairness initiatives for minorities, including women-owned businesses. This fund would also favor incubator and educational programs to promote the participation in the industry by persons most affected by criminalization.

To further control the effect of the legislation on the state, especially on its residents, research initiatives would be established by the statutory bill, this would include studies into its impact on youths, use patterns, advertising, impaired driving, labeling, quality control of products and barriers to its entry flexibility into the industry. Prior to the legalization, baseline study would be conducted with updates sent to the governor on a two-month basis.

Provided the legalization gains approval from its voters in November, it effects wouldn’t be immediate. Possession of a minute amount of cannabis would be declared a civil offense on January 1, 2023, punishable by a fine of $100 for an amount up to 1.5 ounces, $250 for more than 1.5 ounces and up to 2.5 ounces. Legalization for up to 1.5 ounces of cannabis wouldn’t kick in for another six weeks after the November ballot.

Advocates of cannabis have had potential issues accepting the entirety of the proposed law. The revised bill of SB 833 included only a fraction of their petition. Most importantly is the provision to prevent police from using just the odor of marijuana as a warrant for a search, this like many wasn’t included in the revised bill.

Another issue was concerning the proposed allocation of equity funds. The revised bill provided certain funding for jurisdictions with the most cannabis arrest; while black people are more likely faced with criminalization relating to cannabis on the average, the jurisdictions with the most cannabis arrest in Maryland were occupied by white people, undermining the genuine intent of the reform.

“We’re encouraged by the Senate Finance committee’s work to ensure cannabis legalization crosses the finish line this year” Olivia Naugle, legislative analyst with the Marijuana Policy Project, told Marijuana Moment. “We’ve advocated strongly all session that in order to further reduce police interactions and citations, the companion legislation should legalize possession and home cultivation immediately when the election is certified without delay”, she continued, “Explicitly including that the odor of cannabis alone cannot be grounds for a search is also essential to further reduce police interactions for cannabis, we hope the committee will consider these recommendations in a final product.”

Lawmakers, including Clippinger had expressed their pursuit to tackle strict regulations for an adult-use marijuana market months after the voters share their verdict at the November ballot. Certain senators however, including Senate President Bill Ferguson (D), have shown skepticism.

Senate President Ferguson had admitted that he favored legalizing cannabis through the legislature rather than leveraging on the verdicts of voters on a November ballot. His perspective has shifted as he expressed openness to the referendum idea, this month. He stressed that voters deserved the rights and access to details of the legal cannabis market the House bill was willing to provide them with.

Unlike Clippinger’s half-torn bill, Feldman’s 83-page bill was willing to provide homes with a license to cultivate up to four plants per adult, with a maximum of eight plants per residence. The bill was an entire package of constitutional amendment and the basic regulatory framework legislation needed, all in one piece.

The senate’s bill was passed for consideration at the Finance Committee hearing earlier this month, the bill was escorted with a different Senate bill, SB 692, presented by Sen. Jill Carter (D). Another competing bill from the House HB 1342, was presented last month by Del. Gabriel Acevero (D). It had a brief hearing on March 8.

Over two dozen advocacy groups – including ACLU of Maryland, Maryland State Conference, League of Women Voters of Maryland and Maryland Office of the Public Defender – had sent letters this month to the Maryland legislative leaders, all demanding that racial and socioeconomic fairness be prioritized above all, given any attempts to legalize marijuana in the state of Maryland.

This year though, lawmakers are considering the possibilities of a separate legislation to legalize drug possession and sponsor flexible access to marijuana for psychedelics for therapeutic urgencies.

Legalization of marijuana began advancement through Maryland’s legislature last session, votes weren’t carried out initially. Then the Senate Finance Committee held a hearing in March of last year on a legalization bill sponsored by Feldman and Senate President Ferguson. House Judiciary Committee held their own separate cannabis proposal in February, after the Senate’s.

Lawmakers stressed efforts to resolve the differences between the proposals of the House and Senate, in hopes of concluding something before the desk of Governor Larry Hogan. The Governor hasn’t supported cannabis legalization but has been open-minded towards the idea.

A bill to expand the legalization of cannabis to an unce passed the house in 2020, but was scrapped in the Senates. A poll in October, according to Goucher College survey showed that 67% of Marylanders were in support of cannabis legalization. Just 28% opposed.

In the same 2020, Governor declined a bill intended to offer anonymity to people with low-level cannabis convictions from publicly having their records on the state database. His reason was stated in a veto statement where he said lawmakers failed provide him with a separate, non-cannabis bill, supposed to tackle violent crime.

In the year 2017, the Governor withheld response when asked whether voters in Maryland should decide cannabis legalization. By mid-2018, however, Governor Larry Hogan said “At this point, I think it’s worth taking a look at,” as he signed a bill to expand the state’s medical marijuana system, saying full legalization was worth pursuing.

Medical marijuana had been legalized in Maryland in 2012, through an act of the legislature initially. Two years following, legalization of cannabis went into immediate effect, overriding criminal penalties of possessing less than 10 grams that warranted civil fines of $100-$500. Efforts to further reforms for marijuana had become a rigid idealization.

As concerning Maryland lawmakers, they had held hearing on two bills that would have legalized marijuana at the House Committee in 2019. While the two rebounded, they kept a steady focus, hoping for a one day eventual approval of marijuana legalization.