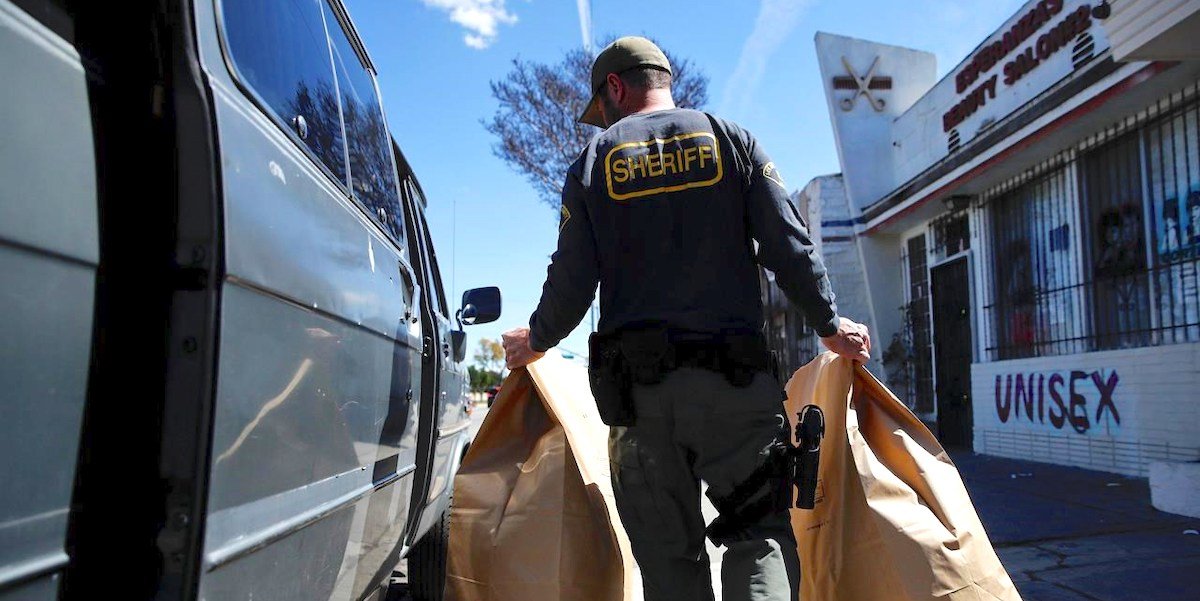 Los Angeles city officials are taking some creative approaches to shut down unlicensed marijuana dispensaries that have been undercutting the legal marketplace. A new city ordinance gives them authority to cut power to 139 black market cannabis shops but despite their efforts some have continued selling using generators to run their stores.

The L.A. cannabis regulators are planning to take it one-step further by expanding the  safety inspections from the Fire Department and Building and Safety Department. City Councilman Marqueece Harris-Dawson is determined to eliminate the presence of unlicensed marijuana dispensaries in his district in South Los Angeles. He recently proposed a measure that would give law enforcement the authority to padlock, board-up or fence off illegal cannabis retailers.

When discussing his district,  Harris-Dawson noted that “We have over 70 illegal dispensaries in our district and dozens are still listed on platforms like Weedmaps. Illegal dispensaries poison our neighborhoods and their own customers by operating dangerous, unregulated businesses. Additionally, these illegal actors make it difficult for legal dispensaries to operate successfully, including Cannabis Social Equity Program participants.”

Fortunately, Weedmaps recently changed their policy on listing and advertising unlicensed marijuana dispensaries on their platform. This has given regulators more of a leg to stand on and take a proactive approach on enforcement. That’s why on Wednesday Mayor Eric Garcetti, the chiefs of police and fire, and three of the city’s department heads announced the formation of the Cannabis Enforcement Task Force. The will be pursuing criminal as well as civil charges to any entities that own or operate illegal shops.

The Cannabis Enforcement Task Force wasted no time and proceeded to shut down an unlicensed marijuana dispensary Wednesday in South Los Angeles. A search warrant was served on an illegal dispensary located at 8931 S. Broadway, shutting down the storefront indefinitely.

Executive director of the Los Angeles Department of Cannabis Regulations, Cat Packer pointed out that, “Shutting down these persistent offenders will help to create more opportunities for legal cannabis businesses to contribute to their communities and the city while draining resources from the illegal market.”

It’s been difficult to completely root out black market cannabis retailers since consumers continue to seek the lowest possible priced product. Until perceptions change and the majority of unlicensed marijuana dispensaries are shut down there will always be customers who want the best deal despite the safety risks.