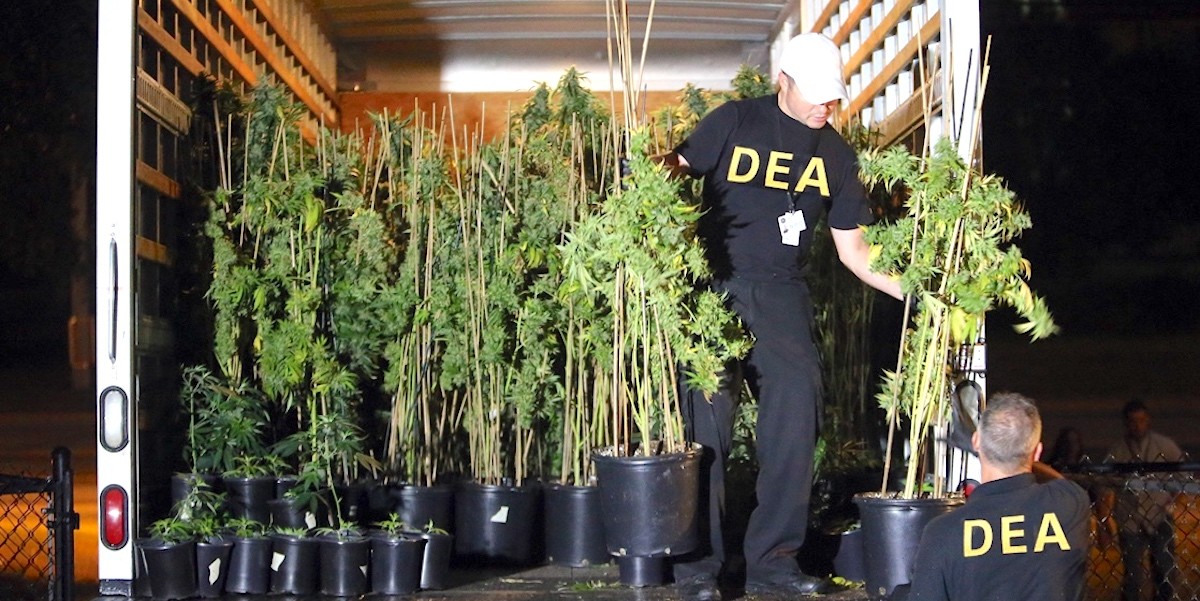 Last week federal agents from the DEA and FBI raided dozens of illegal marijuana growers in Colorado. The coordinated crackdown served warrants to suspected blackmarket cultivators after months of investigation in several locations around the state.

Deanne Rueter, spokeswoman for the Denver DEA division noted that, “There’s quite a few in Thornton. A lot of cities are involved.” The offensive effort was lead by federal agencies but included local authorities as well.

DEA spokeswoman Rueter failed to provide information on the number of cultivation sites and illegal marijuana growers that were being raided. She didn’t know whether law enforcement officers were making arrests, but did say that the investigation is ongoing and more information will be released once charges are filed.

It’s possible that this bust could be even larger that the one in June of 2017 that resulted in 62 indictments of illegal marijuana growers accusing them of trafficking marijuana for sale across state lines. Federal officials are working diligently to eliminate the gray and black market in one of the largest recreational marijuana markets in the U.S.

Growers attempting to subvert the licensing process or undermind state regulations that provide protections for consumers will be targeted. The raids on illegal marijuana growers have occured in several other states with legal medical and recreational markets including California, Oregon, Washington, and Nevada.