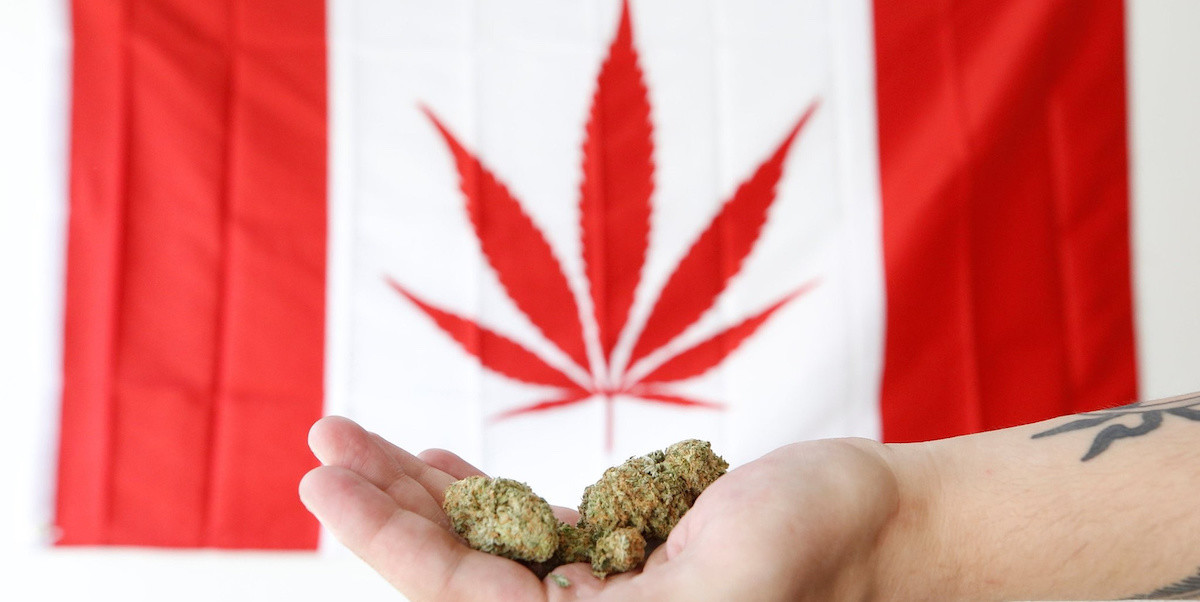 It’s been a big year for Canada’s legal cannabis industry despite some major hiccups along the way. The anniversary of legalization actually coincides with the roll out of phase two regulations that will allow cannabis derivatives to be sold in retailers. Hopefully, Canadian provinces can learn some lessons from the first year of sales and find ways to grow the industry while making it more affordable for consumers.

One of the biggest problems, has been the high cost of legal cannabis and the limited number of marijuana retailers in some of the largest provinces. Currently there are over 560 licensed cannabis retailers across Canada, but more than half are in Alberta, the fourth-largest province. Ontario and Quebec, which together make up two-thirds of Canada’s population, only have about 45 dispensaries between them creating uneven distribution and supply issues.

The problem is rooted in the fact that each province is responsible for creating their own cannabis regulations and laws under the federal framework. Ontario was widely criticized for their lottery based licensing system that resulted in licenses being awarded to shops that were nowhere near opening.

Additionally, the Ontario Cannabis Retail Corporation spent $1.2 million on leases and lease terminations and $8.9 million on writing off equipment and renovation costs for stores that never even opened. This was primarily due to the provincial government shifting the model from state-run stores to privately owned retailers during the early stages of development.

British Columbia has also experienced their fair share of licensing woes as local authorities continue to crack down on illegal marijuana dispensaries that existed long before recreational cannabis was legal. BC’s Minister of Public Safety and Solicitor General, Mike Farnworth, acknowledges that progress has been incremental and pointed out that it’s an ongoing process.

“We said that it’s going to take a couple of years for a fully functioning retail market to get in place. And I think that’s something that has been experienced right across the country.” Farnworth explained.

They have even created an enforcement team responsible for eliminating unlicensed marijuana dispensaries as more licenses get issued to law abiding storefronts. Farnworth remarked that, “The Community Safety Unit that is responsible for that is fully staffed now, and is in fact out doing education on existing stores that are illegal and has been going back and getting them to close down voluntarily, or in a number of cases, they have had product confiscated, and have been shut down.”

While medical marijuana dispensaries were never technically legal, about 100 dispensaries operated in Vancouver before legalization arrived. Authorities have visited 165 illegal cannabis dispensaries in the past year all over British Columbia and warned them to get licensed or shut down.

BC has been exceptionally slow to issue licenses but much f this is due to a change in power in the provincial government and local municipalities being slow to approve zoning and other requirements. Many industry insiders believe that this is partly because the province has no tax-revenue-sharing agreement with local jurisdictions.

Even British Columbia cannabis regulators have been disappointed by the lack of progress. They expected to have 250 licensed dispensaries operating in B.C. by now; instead, there are around 80 private retailers and seven government-run stores. In July, legal cannabis sales in B.C. were a meager $25 million, conversely, Alberta generated $145 million with a smaller population.

Nevertheless the sales numbers nationwide in Canada have revealed the potential of legal cannabis market. Since October of last year marijuana dispensaries have brought in $688.58 million CAD in sales, about $524.2 million USD. This type of income also creates a lucrative stream of tax revenue for the Canadian economy.

Below is a breakdown of the sales by month: