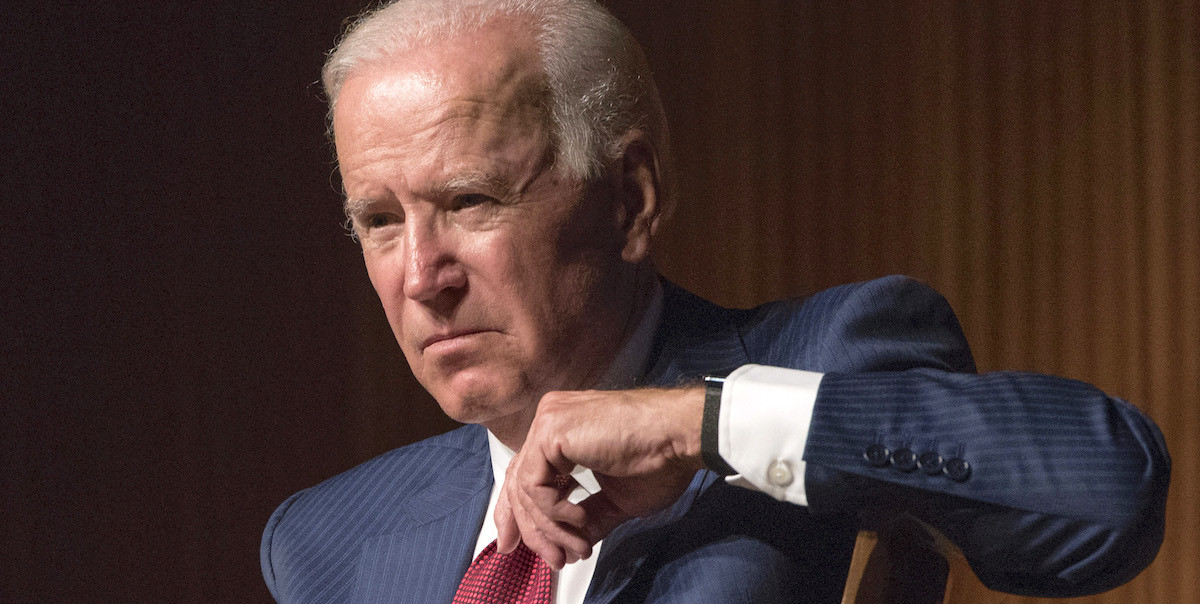 The 46th and current President of the United States, Joseph Robinette Biden, unveiled his unwavering decision to hinder Washington, D.C. from legalizing the sales of marijuana for adult use as one of his budget proposal for Fiscal Year 2023 which was sent to congress on Monday. The only settling relief to advocates is his willingness to protect the legal medical cannabis programs with a separate rider.

Advocates for the legalization of marijuana and lawmakers haven’t seized to express total apathy and displeasure as the president failed to the update the D.C. rider in his last budget, which was sponsored in Congress by the U.S. representatives Rep. Andy Harris (R – MD), and the rider has continued annual renewal ever since. It basically hinders D.C. from utilizing its local tax money in implementing a system under which marijuana will be legal for adult-use sales, scrapping the voters’ approval of legalization through a ballot measure in 2014.

Despite Biden’s steadfast request, the House and Senate appropriation committee scrapped the idea from their Fiscal Year 2022 appropriations. Despite their resolute, Biden’s was included ultimately in a bicameral omnibus spending bill earlier introduced by congressional leaders this month, and will be effective up until the last days of September.

One of the many who shared criticized Biden’s action was Rep. Eleanor Holmes Norton (D – DC), where shared openly in a press release, “I have a hard time reconciling the administration’s strong support for D.C. statehood, which would give D.C. not only voting representation in Congress but also full local self-government, with a budget that prohibits D.C. from spending its local funds on recreational marijuana commercialization.“ she  continued, ”With Democrats controlling the White House, House and Senate, we have the best opportunity in over a decade to enact a budget that does not contain any anti-home-rule riders.”

Biden’s budget proposal for the Fiscal Year 2023, among others included orders that D.C. cannot be flexible with federal funding to “distribute any needle or syringe for the purpose of preventing the spread of blood borne pathogens in any location that has been determined by the local public health or local law enforcement authorities to be inappropriate for such distribution.” Equally contradicting the administration’s stated support for minimizing negative health associated with drug use.

Biden’s budget proposal that incorporated the U.S. Department of Health and Human Services (HHS) expressed concern over the proposal’s use of the word ‘abuse’, the administration pointed out to “remove the word ‘abuse’ from the agency names within HHS—including the Substance use And Mental Health Services Administration, the National Institute on Alcohol Effects and Alcohol-Associated Disorders, and the National Institute on Drugs and Addiction.”

Administration stressed the facts that “Individuals do not choose to ‘abuse’ drugs and alcohol; they suffer from a disease known as addiction, It is of high priority for this Administration to move past outdated and stigmatizing language that is harmful to the individuals and families that suffer from addiction”

Of all the inclusions in the budget proposals, advocate have quite the positive reflection of impression as the Fiscal Year 2023 budget isolated a separate rider, protecting it from the Justice Department from using her funds to undermine the implementation of medical cannabis programs in both and territories.

Past administrations of the U.S. government however – both Democratic and Republican – have attempted to discard this particular language. Presidents including Donald Trump and Barack had also attempted to call to an end the policy in their individual budget proposals. Relentless congress each and ever since 2014 – when the rider was enacted – ignored the administration’s policy.

Instead of only providing unique protections for just the medical cannabis systems, the House on several counts has approved an even more elaborate amendment that would provide protected coverage for all state and territory marijuana programs. But the Senate have stood as hindrance by not coming into agreement with the house, thereby never including provision for it when presenting legislation to the president.

In 2019, when Trump signed a large-scale spending legislation, he included a statement that read him saying he has every authority to ignore the medical cannabis rider approved by the congress, stating that administration “will treat this provision consistent with the President’s constitutional responsibility to faithfully execute the laws of the United States.”

The many advocates for marijuana legalization were quite anticipating Biden to propose a removal of the other stale riders on the District of Columbia, but he retained it despite pushing to remove the separate rider in D.C. that was to provide funds to abortion services.

What’s more interesting in all these is the inconsistency with which the Biden’s budget approaches the capitol city of D.C., while Biden has handed issues regarding adult-use legalization to the states, and gives backings to the statehood status, the president pushes the government from having that same right.

Unlike the Trump government that attempted to annihilate the significance of the Office of National Drug Control Policy (ONDCP), by calling for roughly 90% cut in the agency’s budget in proposal – even congress ignored him – Biden pushed to establish the drug czar’s territory.