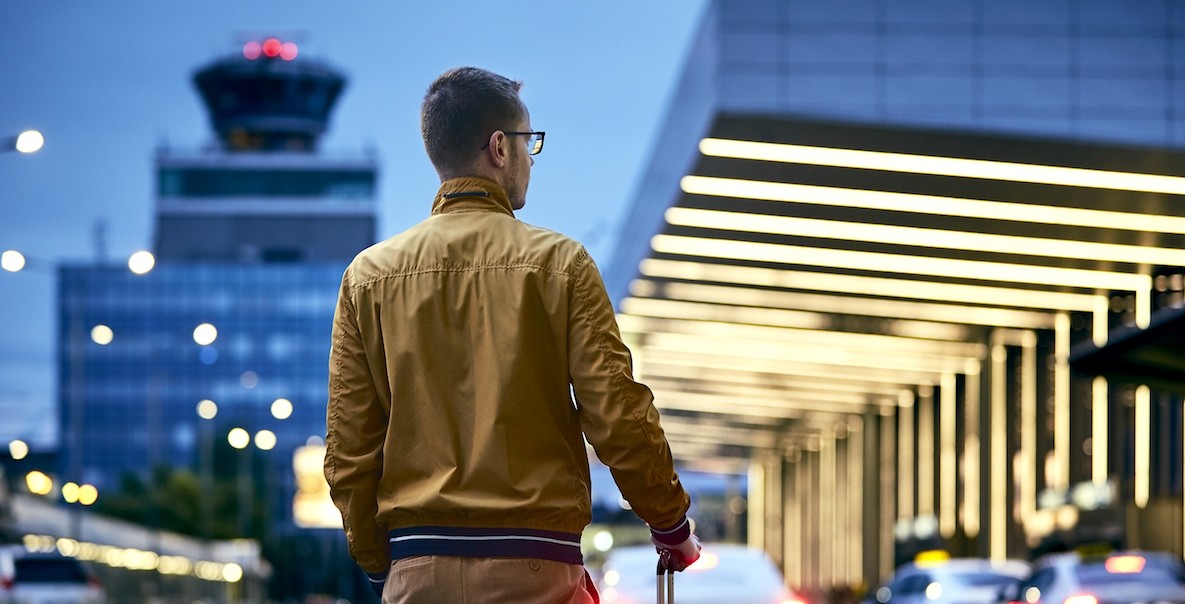 5 Tips for Traveling with Marijuana at LAX Airport

Last month, Los Angeles International Airport announced a major policy change pertaining to possession of marijuana. LAX in collaboration with LAPD will now allow passengers to carry legal amount of cannabis in their carry on baggage. Since California passed Proposition 64, LAX airport has decided to adopt the state law allowing cannabis, but there are some precautions passengers should know about before traveling with marijuana.

It is critical for anyone who intends to travel through LAX airport to know exactly how much cannabis they can possess with the legal limits. Anyone carrying more than the legal limit is subject to fines and possible arrest at the discretion of the LAPD. LAX included the legal amounts in their press release about traveling with marijuana.

As you can see from the statement released by LAX airport, there are still some contingencies that passengers need to be aware of before flying with cannabis. It’s best to only pack your marijuana stash in carry on if you know that the state you are traveling to allows medical or recreational cannabis. At the very least, it should be decriminalized at your final destination.

States that still prohibit cannabis use of any kind will have the authority to prosecute those in possession of marijuana to the full extent of the state law. Walking by drug sniffing dogs at baggage claim could lead to a bad situation if the state your flying to doesn’t allow cannabis use. It’s likely that law enforcement could even target flights from states that have legal marijuana so travelers beware.

While public consumption is frowned upon at LAX, it is still technically legal but passengers should definitely do so in clearly marked smoking areas outside of the terminal. It’s probably not a good idea to light up a joint but something more conspicuous like a vape pen should be fine.

Smoking in the terminal or on the plane however will not only draw attention but result in an arrest as there are very strict laws in California pertaining to where you can smoke. You might have heard that tampering with smoke alarms in airplane bathrooms will result in a federal charges, so it’s best to partake before you come to the airport or outside the terminal.

Making it through the security line at LAX airport is already a hassle but if you’re traveling with marijuana it’s best to remain as inconspicuous as possible. If you smell like cannabis, TSA is more likely to pull you aside to investigate. It is important to note that while TSA is a federally agency, they are not specifically looking for marijuana.

Generally speaking airport security is looking for large metal objects and large liquids, not cannabis. It’s imperative to make sure that all cannabis products are stored in your carry on and not in your pockets. Body scan technology will definitely pick-up anything concealed on your person. Storing cannabis in your shoes is also not recommended as this will also call attention to you and your belongings.

If for some reason TSA does pull you aside while passing through security, it is important to know how to deal with the situations. If they search your carry on and find cannabis products, they will likely call in LAPD to handle the situation. As long as you’re carrying an amount of marijuana within the legal limits they will probably allow you to make your flight.

Remaining cordial with law enforcement during any interaction will likely result in a better outcome than being confrontational. You can exercise your rights while still being respectful. It will really be at the discretion of the officers as to how they want to resolve the issue, but according to their new policy change you should be able to fly with your cannabis in your carry on.