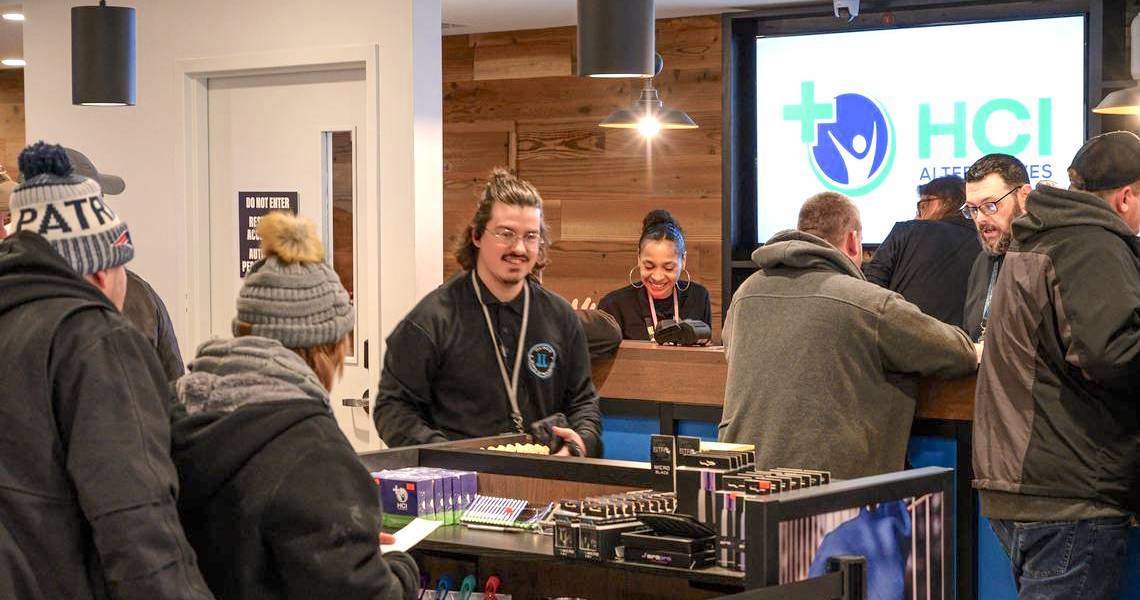 In their first month of legalized adult-use cannabis, Illinois cannabis shops have brought in nearly $40 million in the first month of legal recreational cannabis sales. During the 31 days of January, almost 1 million individual cannabis products were sold across the state. Many of these transactions came from out-of-state tourists, who ultimately purchased $8.6 million worth of cannabis.

This successful launch will hopefully represent new opportunities for entrepreneurs and the very communities that have historically been affected by the war on drugs. Moreover, the high volume of out-of-state purchases is consistent with the prediction that Illinois stands to generate significant tax revenue from neighboring states that do not offer legal access to cannabis.

Illinois is the fifth largest state by population which makes Illinois a big player in the future cannabis market. With an incredibly strong start–with a first day that topped $3 million in sales– Illinois sold nearly $10 million worth of products in the first week.

By comparison, Colorado saw about $14 million in cannabis sales in its first month of legal adult-use cannabis commerce. In their press release following the first month of legal cannabis sales, the state finance department announced that application for cannabis infuser, craft grower and transporter licenses will be made available later this month. Current applicants are available on the department’s website. The department will begin accepting completed applications on February 14.

Illinois is off to a strong start and the tax revenue generated will help stimulate the local economy.  The executive chairman of Curaleaf Holdings Inc., Boris Jordan, recently stated that Illinois “had the most successful roll out in the industry.” Analysts expect the market to hit $3.7 billion in five years, if it follows models based on Colorado’s expansion.

Social equity candidates will receive additional points toward their application and are eligible to receive technical assistance, grants, low-interest loans and fee reductions and waivers. State agencies are also looking into setting up workshops to answer questions from interested applicants.

Following the pardons of nearly 11,000 cannabis convictions Tori Hutchinson stated,“The successful launch of the Illinois’ legal cannabis industry represents new opportunities for entrepreneurs and the very communities that have historically been harmed by the failed war on drugs.”