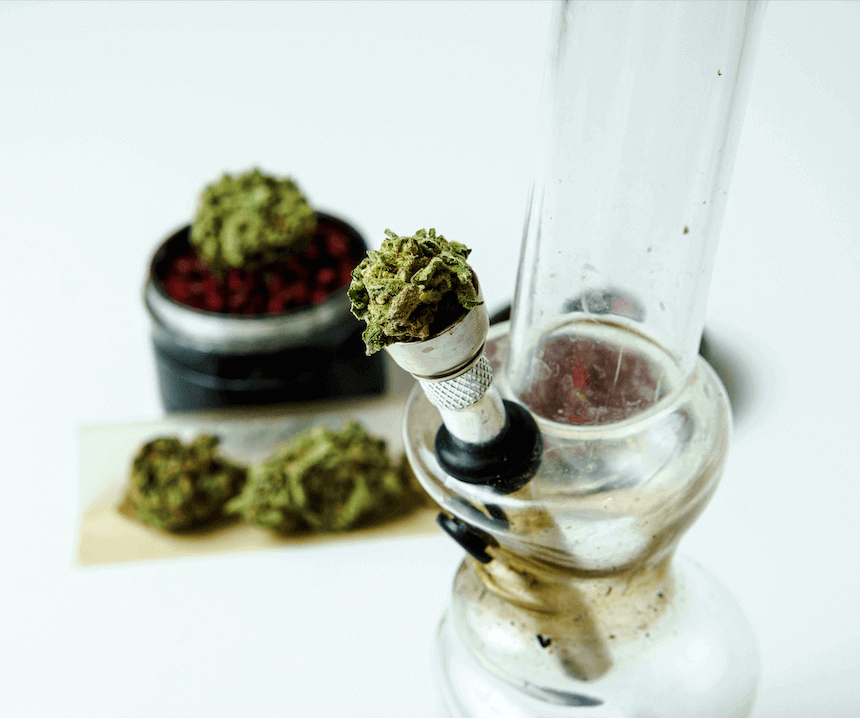 Cannabis Accessories That Changed The Industry

With the cannabis industry evolving at a crazy pace, new products are popping up on the market almost every day. In this article, we would like to pay tribute to the all-time classic accessories that have changed the game.

Bongs are one of the oldest and most popular methods of smoking weed. A bong is a bowl you put your weed in at the bottom, then add water and smoke it through a tube. Bongs can come in all shapes and sizes, but they typically have some kind of filtration system to keep the smoke cool and smooth.
The best part about bongs? They’re not just good for getting high—they’ll also help you practice your timing by making you wait while they fill with water!
The earliest bongs were found in Ethiopia dating back to 1100 and 1400 CE. The modern take on the accessory takes its star in the 1960’s in the US and soon became one the ultimate avenues to getting high.

A grinder is an essential tool for anyone who wants to get the most out of their cannabis. It allows you to break up the buds of your weed to prepare it for smoking, vaping, edibles and topicals.
Grinders come in all shapes and sizes, but there are some things to look for when choosing one: Make sure it’s made from durable materials like metal or glass. Plastic grinders don’t last long because they wear down quickly and need frequent replacement. The best grinders have sharp teeth that will cut through buds easily; otherwise, you’ll be wasting a lot of time trying to break up tiny pieces manually (which isn’t fun). Also, make sure there’s enough space between each tooth so that you don’t end up with a big mess on your hands!
The grinder dates back to the very start of the 20th century, when in 1905 Australians Williams Wingfield and John Balding came up with an easy way to shred tobacco, weed, and other plant matters, primarily for culinary and medical applications.
Nowadays Grinders are a must have accessories for cannabis enthusiasts worldwide.

In 1927, Joseph Robinson patented the mechanical butane ignition vaporizer. Published by the USPTO after approval, this is the earliest documented form of the vaporizer in the United States. Vaporizers have become a popular accessory for consuming cannabis.
According to many, they’re a healthier alternative to smoking that offers an efficient way to consume cannabis. They also provide several advantages over other methods of consuming cannabis, such as edibles or tinctures.
Vaporizers are more discreet than other methods because there is no smoke involved in the process. You inhale the active ingredients from your dried herbs or concentrates without any combustion (which creates smoke) with a vaporizer. This allows you to get high on cannabinoids without burning off any byproducts in your lungs or throat. Vaporizers have been scientifically proven as a healthier option for getting high than smoking flower buds directly off paper or bongs/pipes/joints.

Pay-Pay is the oldest brand of cigarette rolling paper in the world. Pay-Pay rolling papers were originally traded by Spanish sailors for cotton and tobacco in North America; this is the earliest record of a paper entering the North American market.
Nowadays Rolling papers can be found in every smoker’s pocket and are the most basic of all accessories, but they’re still an essential piece of cannabis culture. Rolling papers come in all shapes and sizes, from cigarette-looking joints to flat squares that resemble Post-It notes. Some rolling papers are made from hemp, rice, or flax, while others are made specifically for spliffs (joints that have tobacco mixed with cannabis). There are even specialized filters available at most dispensaries.
Some smokers prefer loose-leaf tobacco because it provides a smoother smoke than pre-rolled cigarettes or spliffs do; others feel that loose-leaf is too harsh on their lungs, so they stick to pre-rolled joints instead. If you want to get creative with your herb, there are also plenty of glassware accessories such as pipes, ashtrays, and bongs available at any dispensary near you!

The youngest in the list, dab rings were only invented in 2006 by brother-and-sister glassblower duo Hashmasta Kut (HMK) and Lucy Carson (GGirl) but very soon became one of the most prominent accessories in the business.
Dab Rigs come in many different shapes and sizes, but they all have one thing in common: They are used to smoke concentrates. A dab rig is a water pipe specifically used to smoke waxes and oils, and they come with several attachments that allow you to get the most out of your concentrates when using one.
First and foremost, you’ll need to choose the type of dab rig you want. There are three main types: pipe dab rigs, bong dab rigs, and e-nail dab rigs. Pipe dab rigs usually consist of a pipe with a removable bowl and nail – a quartz or titanium nail like you would have on your regular bong. Bong dab rigs are similar to traditional bongs but have a built-in nail so that you can vaporize your concentrates without any hassle (or bulky attachments). Lastly, e-nails are basically electric versions of the classic dab rig that use electricity instead of handheld torches to heat the nails they come with.

The cannabis industry is constantly evolving, and that means we get to see new products and innovations hitting shelves all the time. Five years ago, we would have been crazy to imagine that there were so many cool accessories out there. Who knows what the next five years will bring? With legalization efforts gaining more traction all over the globe, there’s a good chance we’re just getting started seeing some really cool stuff.

Compliance, Marketing, Operations
How to Become a Great Budtender

Marketing, News, Operations
How to Build a Delivery Chain for your Dispensary?

Marketing, News, Operations
How to increase your customer base with Sweede?