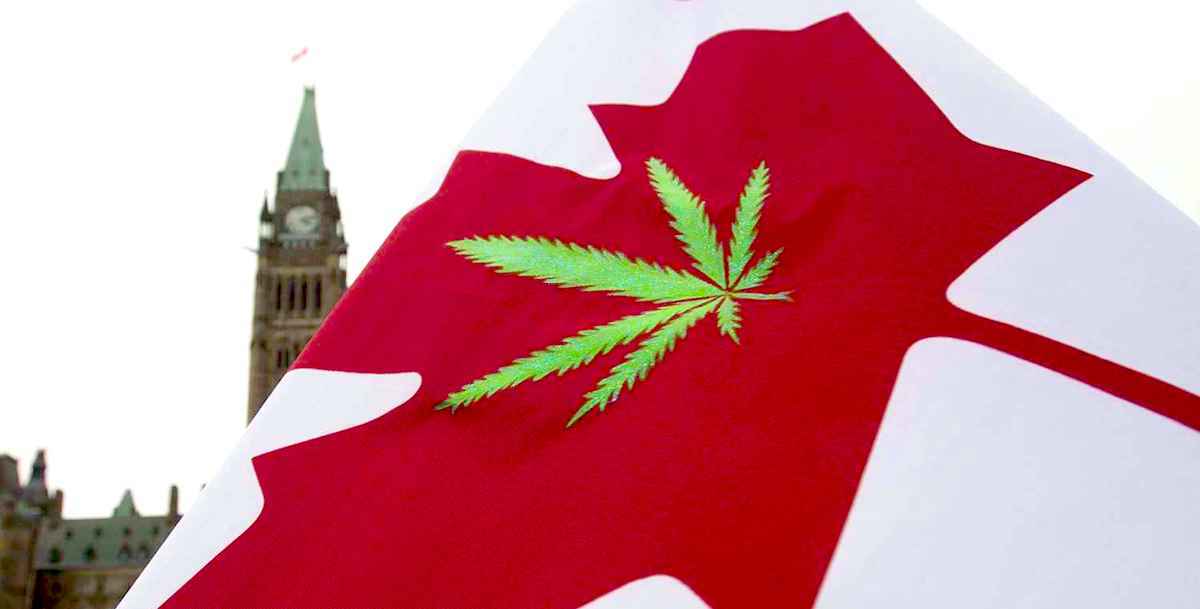 Earlier this week, the Canadian House of Commons voted 205-82 to approve recreational cannabis sales nationwide. Bill C-45, the Cannabis Act, was sent back to the Canadian Senate and on Tuesday, the Senate voted 52-29 in favor of the the Cannabis Act bill that overrides a 95 year ban on recreational marijuana and establishes a regulated market that will be taxed and controlled. The landmark legislation will make Canada the second country to legalize adult-use cannabis worldwide.

Canadian cannabis retailers could open for business as soon as October for adults over the age of 19. The official launch date will be set by Canadian Prime Minister Justin Trudeau and his cabinet pending the Senate decision.

Many conservatives in the Canadian Senate were vehemently opposed to some of the provisions in an earlier draft of the bill and sought to limit many of the reforms included in the Cannabis Act. Most of those amendments were rejected by the House of Commons. Included in the Senate amendments that were revoked by the Canadian House of Commons, were statutes that allowed provinces to shut down individual cannabis home grows and limit advertising opportunities for cannabis businesses.

Recently, head of the Independent Senators Group, Senator Yuen Pau Woo stated that, “The job of senators is to listen to signals as well. It’s not just to propose amendments willy-nilly with no sense of where the government position is. The Senate does not regularly insist and create a ping-pong between the House and the Upper Chamber. It’s only happened a few times in our history and on very, very consequential bills. I don’t know if this one qualifies … but if senators decide that the explanations are not sufficient and we get to it, then we are in that world again.”

After the passing of the Cannabis Act Prime Minister Justin Trudeau took to Twitter saying: 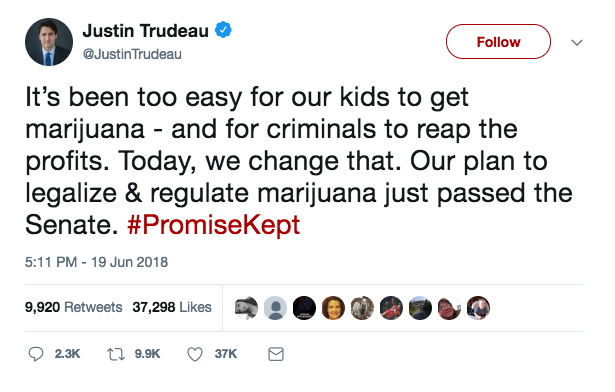 There were a few objectors to the final draft of Bill C-45 including some staunch conservatives and some of the indigenous nations but at last, the Canadian government has given cultivators, manufacturers, distributors, and retailers an 8 to 12 weeks to prepare for the new regulated marketplace.

How the Cannabis Act Works

In addition to the existing cannabis retailers in Canada, those with limited access in remote parts of Canada will be able to order cannabis from the government online. While the legal age to purchase varies from 18 to 19 depending on the province adult will be able to possess up to one ounce of cannabis flower and grow up to four plants. Edibles won’t be on the market immediately but will be rolled out sometime in the first year for retail sales.

Each province has jurisdiction over how it’s sold and where it can be consumed. Strict packaging and labelling guidelines will be enforced as well as advertising including any messaging that targets minors using characters, animals or celebrities.

This will is large step forward for Cannabis around the world as many countries are shifting their stance on legal marijuana. It’s possible that they’ve seen the potential in recreation markets to capitalize on the tax revenue. We can only hope that the U.K. and U.S. will follow suit in the years to come.