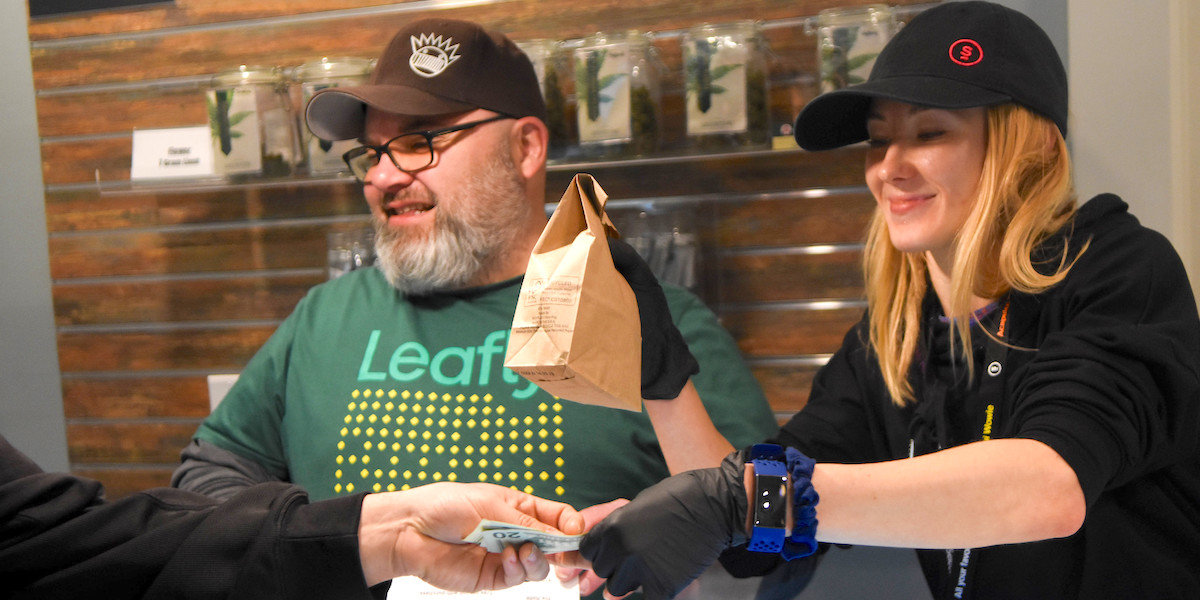 December 1, 2019 marked the first day of adult use cannabis in Michigan. The state’s regulatory committee delivered five licenses in November, which were much needed. This move makes Michigan the 12th US state to establish a recreational marijuana market but looming cannabis shortages are limiting sales. This isn’t too surprising considering the state has struggled to get its medical program off the ground.  Current operating dispensaries like Exclusive Brands in Ann Arbor, MI already have a waitlist.

Greenstone Provisions has already run out of flower on multiple days. On the first day of adult use sales, the state of Michigan generated in $221,000 in cannabis sales. This is the combined sales of the three licenses adult use shops in Ann Arbor. Clearly the demand already exists, but the lack of foresight has left the state with a likely cannabis shortage. A shocking sight for consumers who are used to reading reports of other states having too much supply.

The lack of supply has led other dispensaries like Michigan Supply and Provisions to limit purchasing amounts to a quarter of an ounce. Michigan marijuana officials predicts about nearly a dozen cannabis dispensaries by the new year so cultivators will need to produce even more. Cannabis shortages have been a problem even for the medical market. Lack of product and access has even led one cancer patient to sue the state for medical neglect.

An estimated 80% of the states municipalities have opted out of the recreational market. However, there will probably be a chance for them down the road to opt back in. Those who opt out will not be benefiting from any tax revenue that comes from legal.

Beginning December 1, cannabis growers can transfer half of their inventory from medical products to recreational product. It will be a slow beginning for the mitten, but the market has begun earlier than expected. The regulatory committee was able to have the written rules for the industry in early July, rather than waiting until the December 16 deadline. Time will tell if the state regulations will allow the adult use dispensaries to experience the same growth from other states. However, Michigan is already experiencing shortages on the medicinal side.

Other than flower, enthusiasts can purchase concentrates, topicals and edibles. However there has been a ban on vaping products since November 22, until the products can be thoroughly tested for additives. As of yet, users can only toke in their private residences. Consumption bars have yet to be licensed for the state.

If Michigan truly wants to experience the benefits other states have seen, they will have to rectify the constant product shortage. Since the first recreational sales on December 1, each of the four licensed retailers have had to turn away customers. Lines outside of the dispensaries have been sustained throughout the day leading to an average 40 minute wait time.

The constant lack of product and wait periods has led to some shops to limit purchase amounts so that they can serve more customers. Greenstone Provisions and Michigan Supply and Provisions have a limit of 7g, while Arbor Wellness is capping sales at an 1/8th of an ounce. Limits are not just for herb. Limits have been set for all kinds of products: vape carts = 15, edibles = 2, pre-rolls = 7.

There is one exception. Exclusive Brands has yet to run out and sees no reason to limit supply. For the rest of the dispensaries, the rate at which the product leaves the shelves makes real-time inventory difficult.