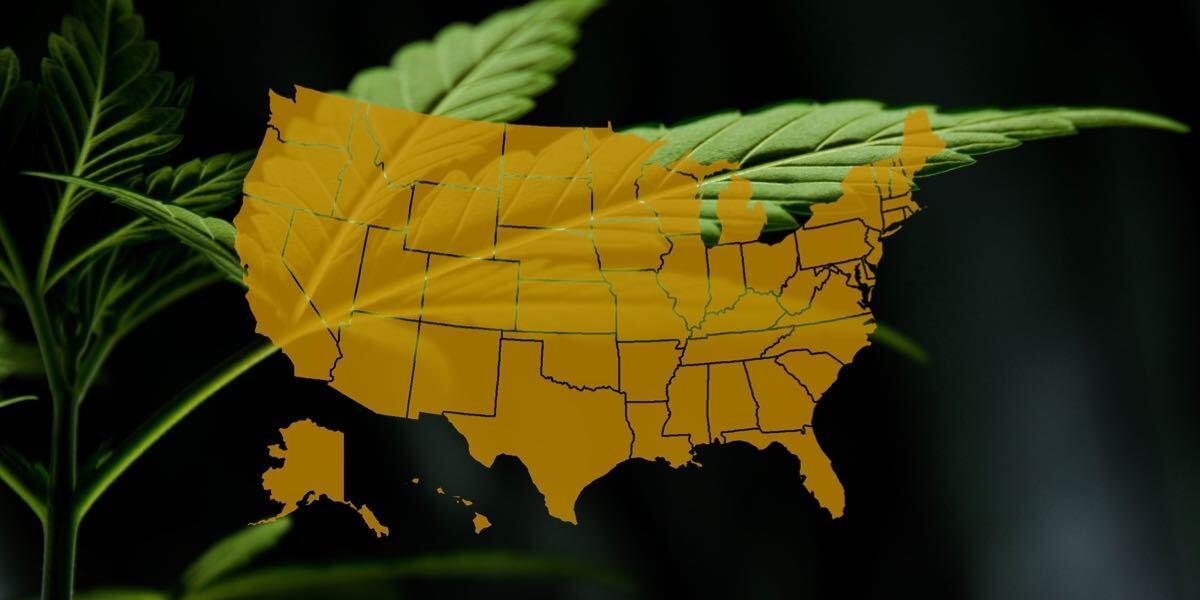 With fives states set to vote on whether to legalize adult-use and medical cannabis this November election cycle, billions of dollars are at stake. The passing of recreational marijuana use in Montana, Arizona, South Dakota, Mississippi, and New Jersey could spark reason for neighbors to follow suit, especially in the Northeast.

While legalization activity in this cycle is less than expected, as states like Ohio, Oklahoma, and Nebraska were stifled by the coronavirus outbreak, successfully passed legislation could have huge implications on the industry going forward.

The only state to be voting exclusively on medical legalization, ballot measures 65 and 65A currently have an 81% and 52% chance of passing, respectively. State lawmakers founded measure 65 as a more restrictive measure, with 65A sponsored by Mississipians for Compassionate Care.

Sales could reach between $750-800 million by 2024, according to Marijuana Business Daily.

South Dakota has a chance to become the first state in history to legalize both medical and adult-use marijuana on one ballot. Amendment A (recreational marijuana) and Measure 26 (medical marijuana), will both face voters. There is not sufficient polling information at this time to predict an outcome.

By 2024, medical marijuana sales could produce between $10-12 million dollars.

Smart and Safe Arizona has sponsored Proposition 207, which would legalize adult-use recreational marijuana in the state. Recent polls have indicated that the vote will be very close, with 46% in favor, 34% in opposition, and 19% undecided.

Initiative 190, sponsored by New Approach Montana, would legalize adult-use recreational cannabis and reinvest the tax dollars into environmental causes. A University of Montana poll showed that Montana residents favor legalization by a margin of 54% to 37%, with 10% of voters remaining undecided.

The University of Montana has projected that 2024 sales could total in excess of $234 million.

New Jersey might represent the highest stakes for adult-use legalization, as states with large surrounding markets are expected to follow suit in order to keep revenue in their own state. Public question 1 currently garners 61% support according to Fairleigh Dickinson University.

Project 2024 sales are $850-950 million, the largest of any state voting on the measure this November.