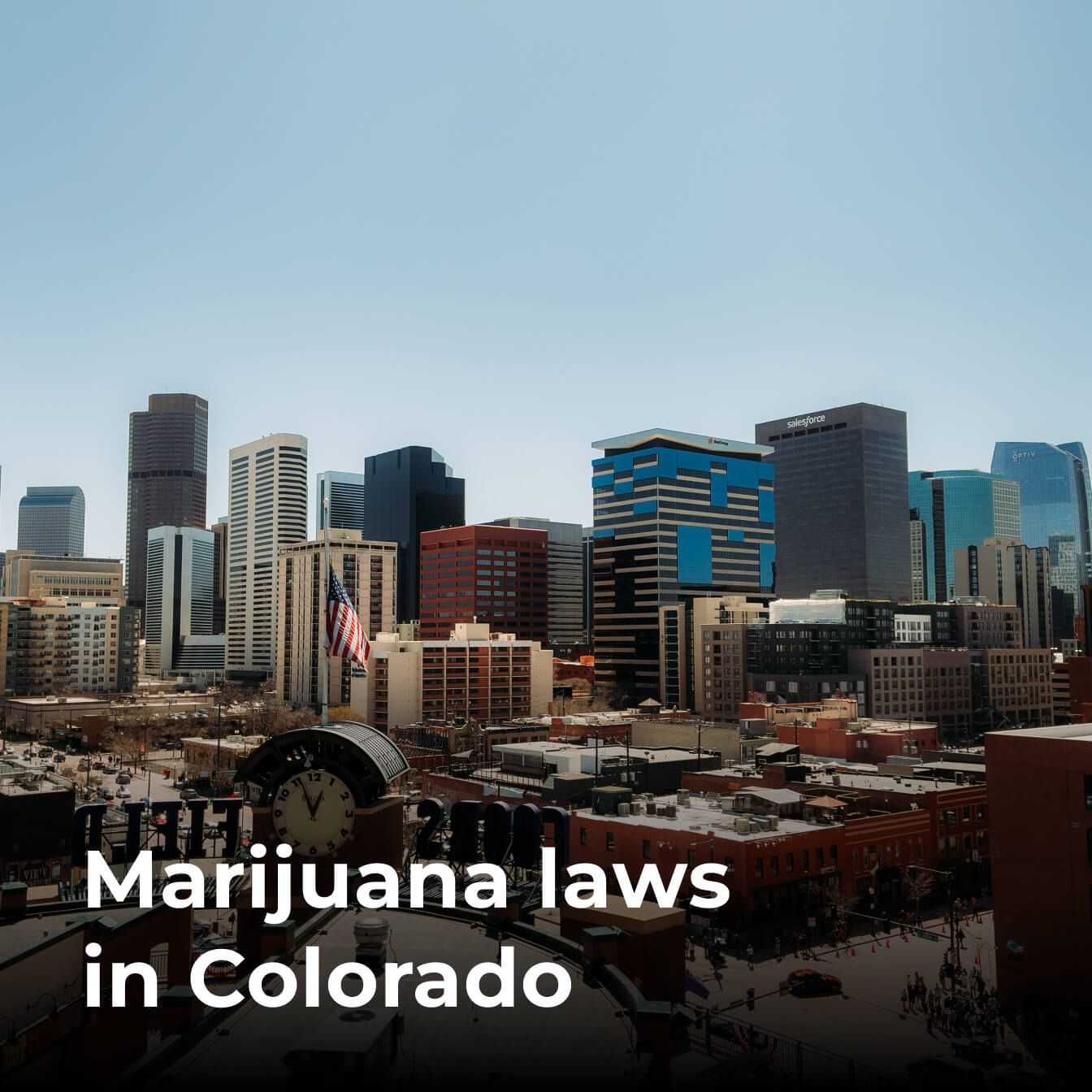 2014’s Amendment 64 made Colorado the second state to legalize marijuana for adult use. The Amendment includes a handful of new regulations for individuals attempting to enter Colorado’s marijuana market.

The state has approved rules enabling the people of Colorado to obtain specific licensing to open dispensaries and retail outlets and the general legislation for individuals who choose to use cannabis in Colorado.

It’s crucial to realize that launching a cannabis company or getting a license is a complex process in Colorado. Along with the fact that failing to comprehend the legal restrictions on growing, selling, or having marijuana could result in dire repercussions in Colorado.

Fortunately, there is assistance available; experienced lawyers specializing in cannabis law are offering consulting services to assist you in adhering to state marijuana laws in Colorado.

Who Can Purchase Marijuana in Colorado?

You must be 21 or older to buy, have or use retail marijuana in Colorado and must present a valid ID proving so.You must buy adult-use marijuana only from licensed stores.

Adults aged 21 and older may buy and possess up to 1 ounce of marijuana at a time. They may give up to 2 ounces of marijuana to another adult aged 21 or older, but can not sell marijuana. This includes homegrown marijuana.

Who Can Possess Marijuana in Colorado?

Adults aged 21 and older may have up to 2 ounces of marijuana. Using marijuana in any way smoking, eating or vaping isn’t allowed in public places. This includes the following outdoor and indoor areas,  such as:

Where Can I Use or Possess Marijuana in Colorado?

Your best option is private property. However, property owners have the right to prohibit marijuana usage and possession on their grounds. Marijuana use may not be permitted in rented housing.

You might not be able to use marijuana in a hotel room since hotel owners have the right to outlaw its use and possession on their grounds.

Employers in Colorado still have the option to forbid marijuana use while employees are on the clock, even if it is legal. They might conduct a marijuana test and base hiring decisions on the results.

Sale and Distribution of Marijuana in Colorado

Although it is legal to possess marijuana in Colorado, selling, delivering, or distributing it is still illegal unless you have a permit and a business set up explicitly to do so. The stringent controls in this industry make breaking the law quite expensive.

According to Colorado marijuana laws, adults over 21 may grow up to six cannabis plants indoors as long as the following conditions are met:

Additionally, even if more than two individuals live there, home producers are not allowed to have more than 12 marijuana plants in their homes.

The space where the marijuana is grown must be locked and enclosed if a person under 21 resides there. Homegrown marijuana must also be kept out of the reach of anyone under 21 who enters the premises.

Six marijuana plants are the maximum number that patients or their primary caregivers may grow in Colorado under the marijuana laws. No more than three are mature, flowering plants that produce usable forms of marijuana.

You could be charged with driving under the influence (DUI) if you use drugs before you drive. Even though Colorado has legalized marijuana usage for adults, this is still the case. Even if marijuana is used medically, police can still stop you for driving while intoxicated.

Even if the car is not moving, neither the driver nor any passengers are permitted to open any marijuana container and use the product. It is illegal to leave the state with any form of marijuana.

In addition, Colorado’s marijuana advertising regulations limit advertising through specific platforms unless the Retail Marijuana Establishment has “reliable evidence” that 30 percent or less of the audience is expected to be under 21. This media includes:

The labeling information must also include the following warning statements:

What are the Medical Marijuana Laws in Colorado?

Here are qualifying conditions to become a medical marijuana patient with a valid cannabis prescription in Colorado:

The cannabis sector is quickly acquiring market share in the mainstream and evolving on a local, state, and international scale. Cannabis is one of the most challenging industries to handle due to varying state laws, changing policies, and ongoing federal illegality.

Please keep in mind that the factual nature of the preceding recommendation regarding Colorado marijuana laws should not be interpreted as legal advice. The marijuana laws are updated and changed frequently, so make sure to follow the rules in order to run your cannabis business in Colorado.