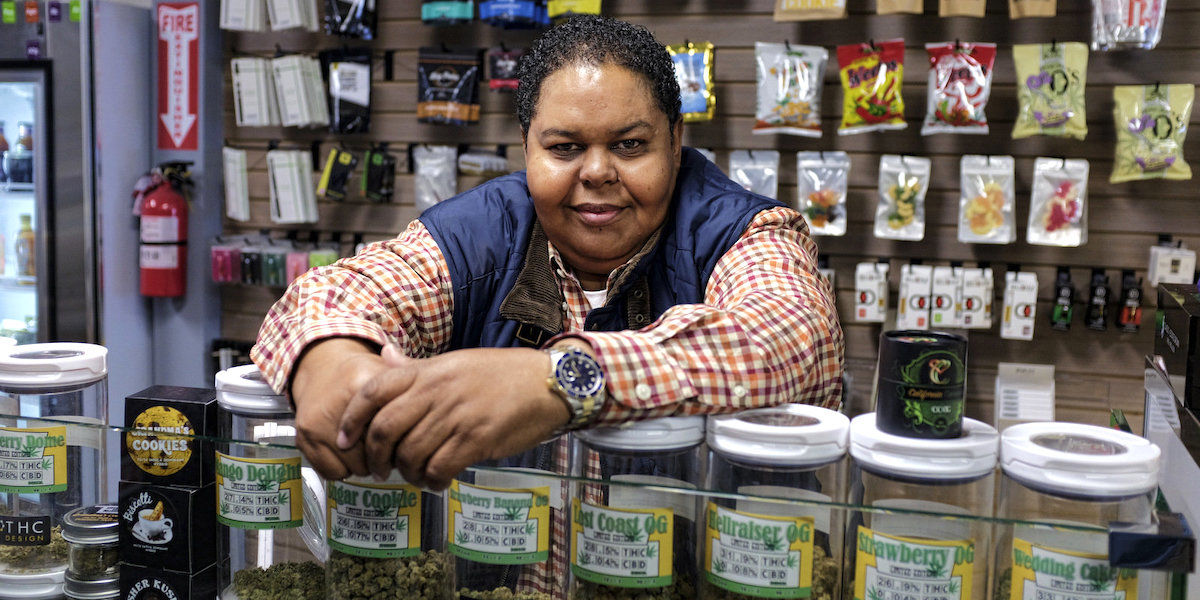 Now that California has legalized recreational cannabis, many retailers are reaping the benefits of this newly expanded consumer base. In order to open a dispensary that can sell recreational cannabis, each storefront must obtain a license from the state and city where they operate.  Unfortunately, Los Angeles has been extremely slow in issuing licenses to social equity dispensaries that are located in areas where the community has been disproportionately affected by cannabis related arrests and convictions.

Los Angeles officials were very vocal about giving opportunities to social equity dispensaries after legalization but long delays have put these businesses in jeopardy as they are forced to pay overhead costs without generating revenue. While some of these cannabis businesses may be backed by investors, the financial strain of setting up a recreational storefront is burdensome for both owner and investor.

The slow licensing process has really limited the potential of Los Angeles’ recreational marketplace. Not only has this been extremely frustrating for the cannabis entrepreneurs but also for these social equity dispensaries that can’t really afford to wait much longer.

The big problem is that real estate in Los Angeles is limited especially when you consider the regulations regarding distance from schools, public parks, etc. Securing a prime location is something that business owners can’t wait on, and thus they must pay their monthly lease even if they are not permitted to open their doors to the public.

The City of Los Angeles has put these social equity dispensaries in a precarious situation due to their poor planning. City regulations limit the number of recreational storefronts in each jurisdiction so depending on which stores get licensed first, others could be forced to close. To make matters worse, Los Angeles official initially said that retail owners must have a lease before applying for a license but later reversed this decision for social equity dispensaries.

Currently L.A. has issued licenses to around 180 dispensaries the were already in existence under the medical marijuana statute. These businesses received first priority when the city reviewed applications under the new cannabis regulations. Cultivators and manufacturers were considered next due to the need to expedite the growth of the supply chain.

New marijuana retailer applications unfortunately fall into phase three of licensing, many of which do qualify as social equity dispensaries. However, when business owners inquired as to when this phase will begin, many times their questions went unanswered or were dismissed with a disconcerning “I don’t know.”

Earlier this month, Los Angeles officials said that they now hope to begin phase three licensing in Spring or Summer, still allowing for some gray area in the timeline. Cat Packer, the executive director of the Department of Cannabis Regulation, acknowledged concerns from new dispensary owners saying “People wanted their licenses yesterday. But the truth of the matter is that we are just getting started.”

Officials are citing a slow hiring process at the Department of Cannabis Regulation, and setting up the infrastructure for a new agency, including building out offices and establishing an online licensing system. Spokesman for Mayor Eric Garcetti, Alex Comisar, noted that “Bringing cannabis above ground is an incredibly complex process, and L.A. is doing it on an unprecedented scale. Our goal is to do this the right way, not the quick way or the easy way — and we’ve always been very clear about that.”