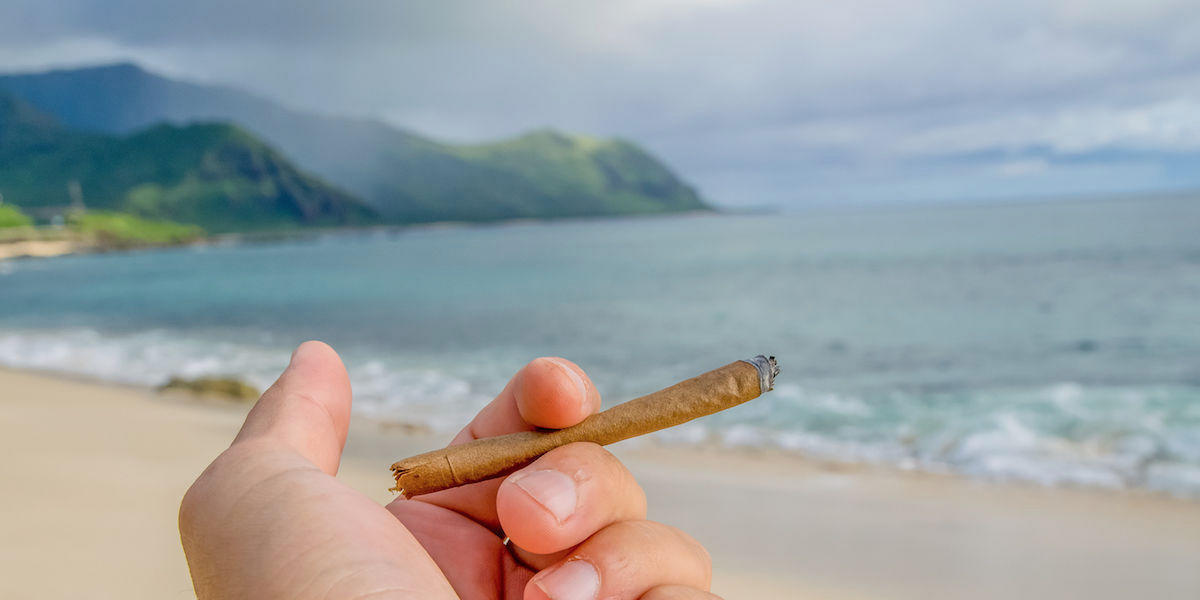 The beautiful island chain of Hawaii, just became the 26th state to decriminalize marijuana with the passing of HB 1383. The new law removes the criminal ramifications and completely eliminates jail time as a form of punishment for up to three grams of cannabis, however a $130 fine can still be issued. Possession of a higher quantities, repeat offenses, and sales or trafficking are still criminal offenses that are subject to harsher sentences.

The legislation to decriminalize marijuana was introduced back in January to Congress and lawmakers were quick to pass the bill. Governor of Hawaii David Ige chose not to sign or veto the bill, possibly for political reasons, essentially making it law earlier this week.

The governor pointed out one thing he disliked about the legislation is that it does not include a provision to help youth seeking help for substance abuse problems. Decriminalization will take effect on Jan. 11, 2020 and is considered by many to be one step closer to legalization.

Executive Director for the Hawaii Educational Association for Licensed Therapeutic Healthcare Pedro Haro noted, “We are glad about the steps this takes towards destigmatizing the use of cannabis for those who are using the plant and its products as a medical intervention.”

Previous attempts to legalize recreational marijuana have stalled in committee despite making it through the Senate. Haro explained that adult-use legislation in Hawaii should gain momentum as support for legalization continues to grow at the state and federal level.

In addition to decriminalization, the new law also mandates the creation of a cannabis evaluation task force that will be charged with studying the industry and making recommendations on future marijuana policy reform. This task force will be instrumental in improving how the medical marijuana industry works and the benefits of moving to decriminalize marijuana.

There will also be expungements for those with low level cannabis convictions and a process will be put in place to assist those who faced small possession charges. There are some people in Hawaii who are concerned that fines, while less punitive than arrests or prison time, can sometimes be applied in a racially disparate manner.