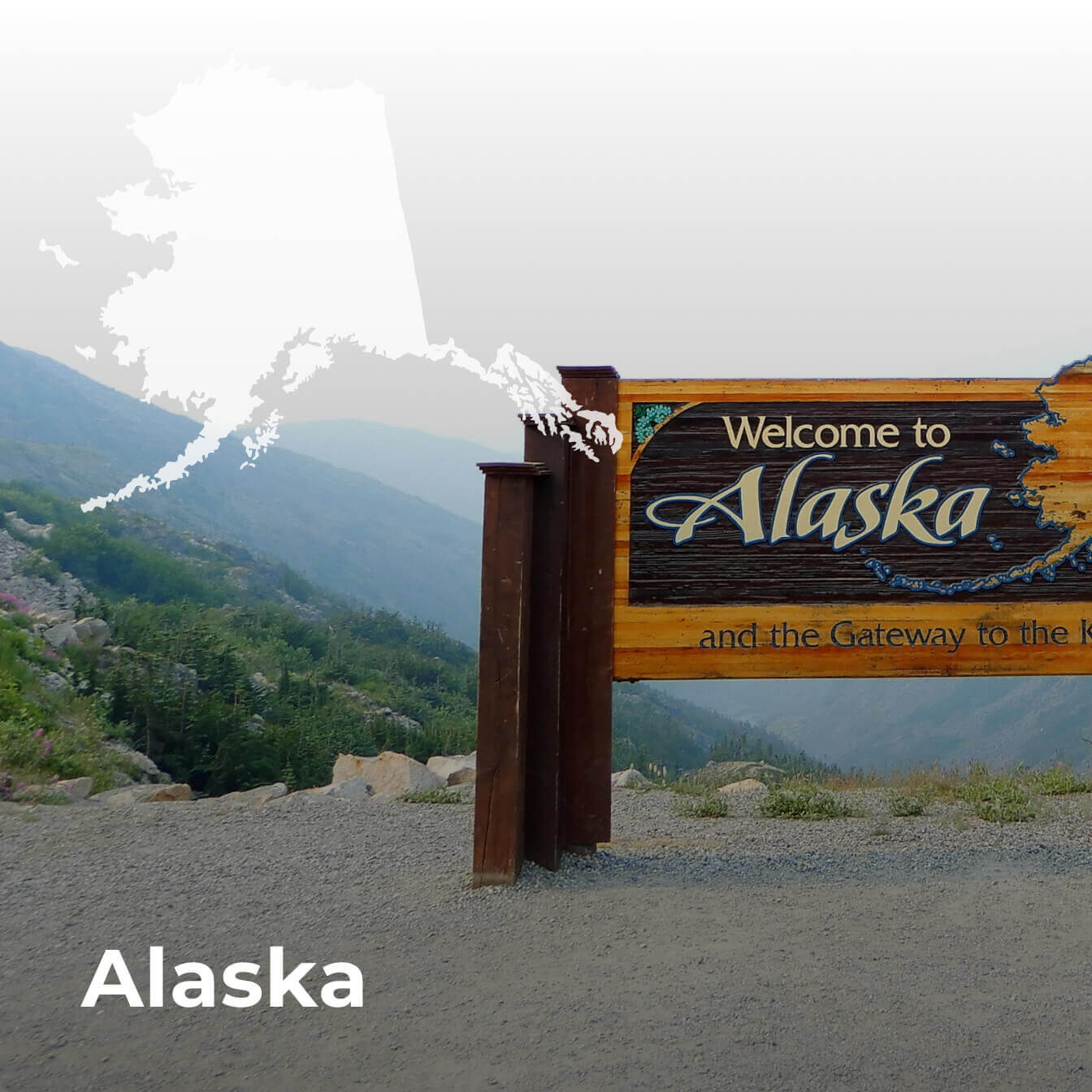 Under the circumstances that federal law in the USA continues to list marijuana as a Schedule I drug (together with heroin and other hard drugs), many states started softening their marijuana laws in the 1990s, taking into consideration the potential medical benefits of marijuana for certain conditions based on published research studies.

Despite being legal for recreational and medical use, some cannabis-related legislation in Alaska is still open to modification.

Voters approved Ballot Measure 2 in 2014 after many failed attempts. After going into effect in February 2015, recreational sales started in 2016.

In 1975, the Alaska Supreme Court decriminalized the possession and cultivation of limited amounts of marijuana.

After decriminalizing and criminalizing marijuana once more, Alaska voters approved Ballot Measure 8 in 1998, the state’s medical marijuana initiative, making it the second state after California to legalize the use and possession of cannabis for medical purposes.

Who Can Purchase and Use Marijuana in Alaska?

It is legal for people over 21 to possess and use marijuana based on Alaska marijuana laws. Both locals and adults traveling from other states are included in this. Giving or selling to children under the age of 21 is prohibited.

When they are not inside their own home, adults 21 and older are permitted to have up to an ounce of marijuana in their possession. Adults 21 years of age and older may possess up to six marijuana plants in their private residences, no more than three of which may be mature and flowering, and the yield of such plants in the premises where it was grown.

Where Can I Use Marijuana in Alaska?

Like other states, marijuana usage is not allowed in public. It is also illegal to use cannabis near childcare facilities, parks, schools, or other locations where kids are typically present. Additionally prohibited is the use of marijuana on or inside the federal property, including hospitals and other healthcare facilities. Landowners and private members’ clubs may also forbid or regulate cannabis use on their property at their preference.

Adults are allowed to use marijuana in private spaces, such as homes, even though certain landowners or homeowners organizations may have restrictions against it. Fines and other legal consequences may follow violations of public use regulations. As a result, before consuming marijuana in any area that could be considered public, use caution and research your local laws.

Since it is illegal to consume cannabis in public under Alaska marijuana laws, out-of-state visitors cannot smoke in parks, playgrounds, or on the street. If you are caught, you might be fined up to $100.

What Are the Medical Marijuana Laws in Alaska?

Measure 8 legalized the medical use of marijuana in Alaska, allowing patients with a doctor’s recommendation to possess up to an ounce (28 g) of cannabis or grow six plants, and no more than three may be mature.

Medical Conditions to Qualify for a Medical Marijuana Card in Alaska

The following medical conditions are qualifiers for a medical marijuana card in Alaska:

You must meet the following  requirements under Alaska marijuana laws to use medical cannabis:

Cultivation of Marijuana in Alaska

Adults 21 years of age and older may grow up to six marijuana plants (including up to three flowering plants) in their households. It is legal to possess the yield of the plants in the location where it was produced. Put another way, if you cultivated the marijuana yourself, it is acceptable to keep more than an ounce at home; otherwise, the maximum amount of marijuana you may have in your possession is one ounce.

Cultivation must be in a location where plants are not visible to the public without using binoculars, aircraft, or other optical aids. One must take reasonable precautions to ensure the plants are secure from unauthorized access.

The cultivation of less than 25 plants of marijuana for personal use in a private residence is protected under the right to privacy of the Alaska constitution. Cultivation of 25 plants or more is a class C felony punishable by up to 5 years imprisonment and a fine up to $50,000.

Driving Under the Influence (DUI) in Alaska

Alaska DUI law states that any person stopped while operating a motor vehicle, aircraft, or watercraft under the influence of alcohol, an inhalant, or any controlled substance with a blood alcohol level of .08% or greater is considered to be DUI. It means you can not use marijuana while operating any motorized vehicle.

Suppose no other driver who can operate the vehicle and is not under the influence is present when the defendant is arrested. In that case, the vehicle will be towed at the owner’s expense.

The maximum amount of marijuana that a person may purchase in a single day from a retail marijuana dispensary is:

It should be noted that every state has different cannabis purchase limitations. Knowing the purchase limit allows you to operate compliantly once licensed for a dispensary.

Marijuana dispensaries are allowed to:

The marijuana products you sell in your dispensary must be labeled following strict marketing regulations. Under the marijuana laws, Your retail marijuana business’s name or a standout logo must appear on every label. Every label must have your marijuana establishment license number, the total estimated amount of THC of each product, and all of the following statements:

The marijuana regulations above are more of an educational character than legal guidance, as stated in the earlier writings. Given that marijuana rules are constantly changing make sure to stay up to date.

Compliance with cannabis laws takes a lot of effort and money, especially if you’re a newcomer. By going over the fundamentals of what you need to know to start a cannabis business, we hope we have made things simpler for you.

Compliance, Geography, Operations
How to Open a Dispensary in Maine