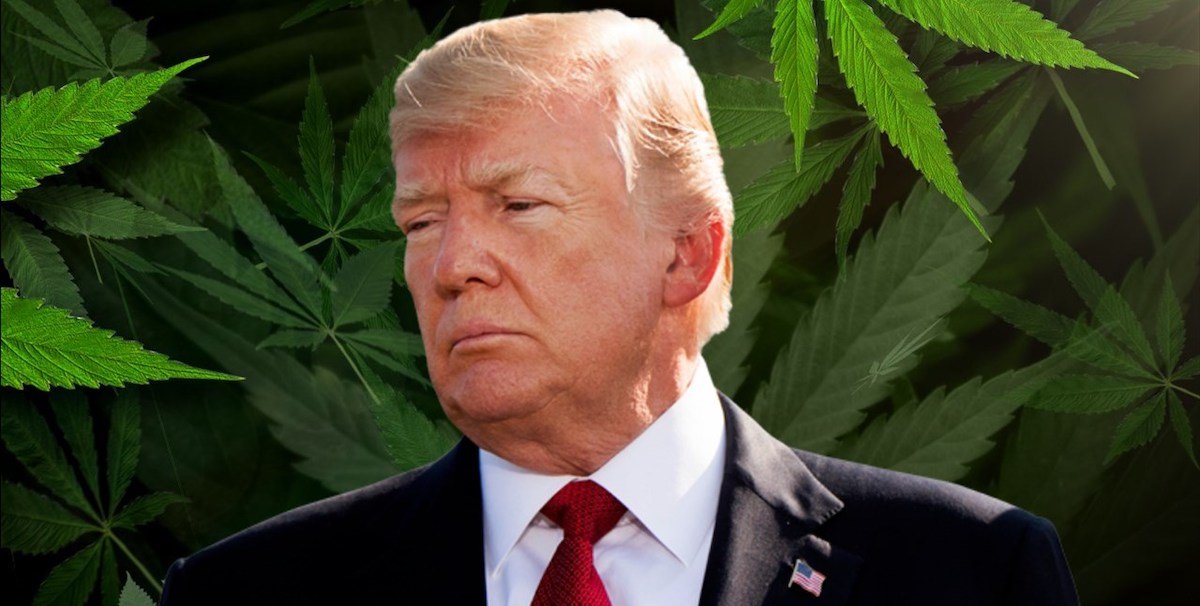 It was predicted mid-2019 that Donal Trump would stand for cannabis legalization in an attempt to win the 2020 presidential election. Cannabis has been a top five issue and one has to only look at the Democratic nominees to see clearly their stance on legalization. It has been a part of every major debate. Analyst Michael Lavery stated, “ Trump may be able to incrementally broaden his appeal with swing voters without alienating his base.”

The most likely and prevailing theory was that he would choose his stance based on whoever wins the democratic nomination. Instead, President Trump has reversed his stance and has adamantly opposed cannabis legalization.

In their latest budget proposal, the Trump Administration has proposed removing medical cannabis protections, while leaked audio of Trump revealed his belief that cannabis makes you dumb.  Little has been done to reverse the appearance of a Trump anti-cannabis administration.

Marc Lotter, the director of strategic communications for the 2020 Trump campaign was asked about this sudden change in stances. His reply was, “I think what the president is looking at is looking at this from a standpoint of a parent of a young person to make sure that we keep our kids away from drugs. They need to be kept illegal, that is the federal policy. I think the president has been pretty clear on his views on marijuana at the federal level, I know many states have taken a different path.”

Other than candidates Joe Biden and Mike Bloomberg, all the other democratic nominees have promised to support cannabis legalization at the federal level. The Trump campaign may see this more as a political strategy to stand opposed to the democratic candidate. For now though, it appears he is fine with upholding federal prohibition.

This signaling of a change in political strategy is evidence of the importance cannabis will play in the upcoming election. If a pro-cannabis candidate wins the democratic nomination, he can switch to pro-cannabis in an effort to neutralize the damage.