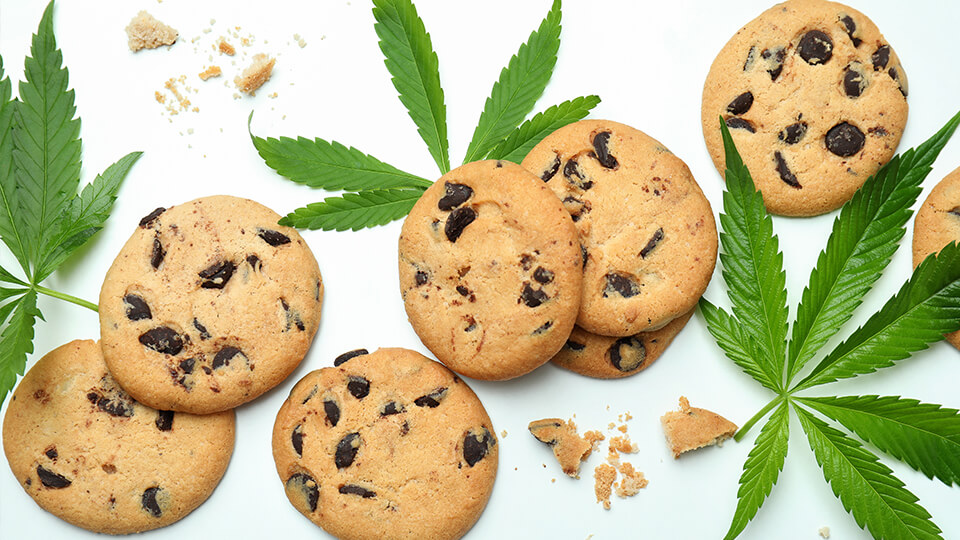 The world’s most giant THC-infused brownie weighs in at 850 pounds.

When MariMed, a Massachusetts-based edibles company, prepared to launch its new line of brownies (Bubby’s Baked), it knew that National Brownie Day (December 8) was the perfect opportunity. The team had two ideas: debut their Bubby’s Baked products on Brownie Day, and go big. Massively big.

The Goal was a Success.

The average brownie contains 100 milligrams of THC. That’s 200 times the dosage a single packaged brownie is allowed to contain, which is 10 milligrams. So, let’s say you made a brownie with 11.25 cubic meters of brownie batter. That would be enough to get you and 199 of your closest friends relatively high.

Eating a whole brownie may seem like too much, but it’s not that much. The brownie contains about 24 mg of THC per pound when you break the math down. A full pound of brownie has less than 0.7g of THC, which is less than the average joint (0.8g).

The Bubby’s Baked, a mini-sized version of the baked goods company’s original brownie, is now available at Panacea Wellness, MariMed’s cannabis store in Middleborough, MA. The brownies will soon be available in Maryland and Delaware dispensaries as well.

Aiming to Smash the World Record

The project was managed by Ryan Crandall, MariMed’s chief product officer and senior vice-president of sales.

In the beginning, Crandall and his team were fascinated with the Guinness Book of World Records. They wanted to get in there, too. He told Leafly.

“When we first started talking about this, we realized there were several of us who had been infatuated with the Guinness Book of World Records over the years,” Crandall said. “And the idea of getting in there was exciting. That was our aspiration. We felt that Jake and his team could execute.”

The most giant brownie in the world was a whopping 250 pounds. “So we figured we’d blow it out of the water and then add the benefit of being infused,” Crandall concluded.

How is it Served?

The leader of the team that baked the brownie was Jake Dean. He was MariMed’s senior food scientist.

“We didn’t stray too far from how we make our normal brownies,” Dean said. “Our normal product is about 10 grams per serving, and this was 850 pounds, so we had to scale everything up quite a bit.”

“We had an increased bake time,” he added, “and used some baking tools to help heat the center of the brownie so it would bake evenly.”

Ingredients Used for Making the Brownie

The record-setting brownie has some pretty impressive numbers. How does it stack up? It contains 81 pounds of flour, 249 pounds of butter, 201 pounds of brown sugar, 122 pounds of cocoa powder, and so on. One of the most interesting ingredients is 1,344 eggs.

How will the Mighty 850 pound Brownie be Moved?

Dean said he took care to make sure the brownie wasn’t damaged. “I built a pallet that would be able to support it and some supports for the table it sat on,” he said. “A little bit of fortification was required.”

What is the Plan going Forward?

The MariMed team made plans to distribute the world’s largest brownie to those within the company who were interested in taking a bite. This was because it is unclear whether bite-size versions of the record-breaking brownie would be legal to sell in most states, and the team wanted to abide by this state’s regulations.

The Guinness Book of World Records officials informed the MariMed team that their record-keepers were not accepting cannabis entries at this time. The bakers, however, were not discouraged.

According to Ryan Crandall, whenever Guinness is ready to accept new entries on cannabis, they would be ranked as the top.

“When the Guinness Book is prepared to take more cannabis entries,” Ryan Crandall told Leafly, “we feel as though we’ll be at the top of that list.”