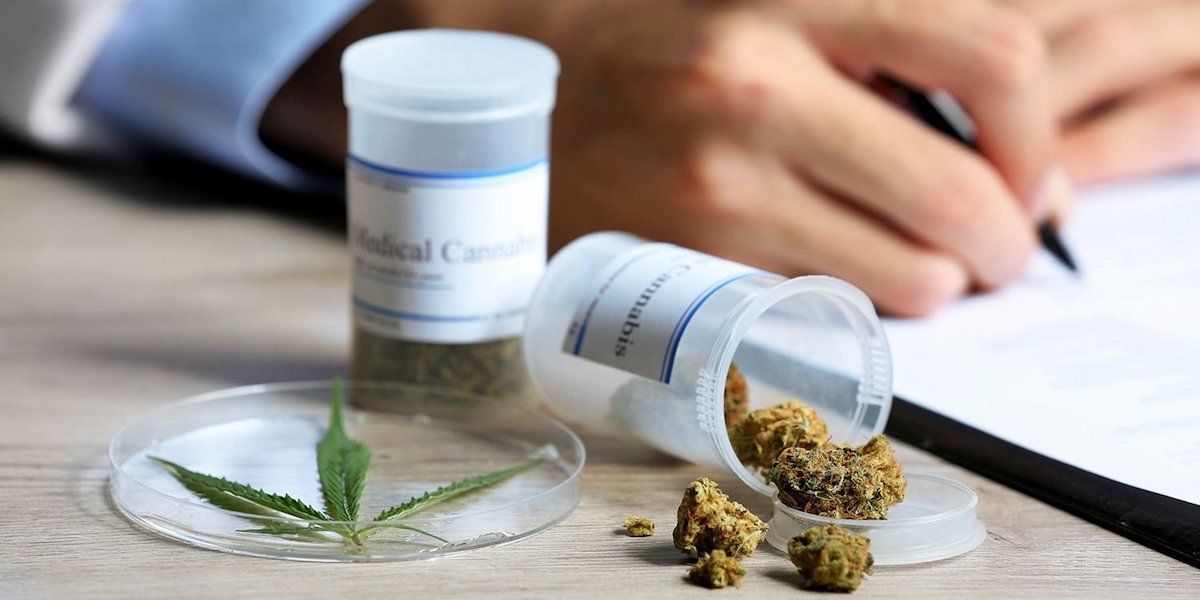 In July of last year, the United Kingdom decided to legalize cannabis derivatives for patients suffering from certain medical conditions. Last week marked the beginning of a new era as the first medical marijuana clinic open its doors to patients seeking relief from symptoms that can be alleviated with cannabis based medication.

The Medical Cannabis Clinic is based in Manchester at the The Beeches Consulting Centre and is led by Dr David McDowell who issued the first medical marijuana prescription this past December. His first patient, Forzana Nasir, suffered from a genetic condition known as Ehlers Danlos Syndrome, leaving her in pain and suffering caused by severe nausea. Since being prescribed medical cannabis, she has seen a remarkable improvement and gone from taking 13 different medications a day to only three.

Upon hearing about the opening of the new medical marijuana clinic Nasir remarked, “Having access to this medicine allows me to ease my chronic pain which turns an unbearable day into a manageable day. It has been life-changing for me – I was almost bedbound before this and now I have much greater quality of life. It is so important that other patients in the UK who are suffering can have the same opportunity. This clinic opening is a significant step forward for healthcare in this country.”

While the opening of this medical marijuana clinic is truly groundbreaking, it’s expected that there will soon be others to open their doors in London and Birmingham later this spring. European Cannabis Holdings (ECH) is responsible for establishing the facilities for the Medical Cannabis Clinic. They were also responsible for the first bulk importation of medical marijuana to the U.K. last February in partnership with Grow Biotech and IPS Specials.

An initial consultation with a medical specialist at the Medical Cannabis Clinic costs 250£ or approximately $327 USD. Self-referred patients require a previous appointment with a general practitioner before that can book a consultation at the clinic. To date only four patients have successfully accessed cannabis medication via the NHS, so hopefully this new clinic will serve as lifeline to those who have thus far struggled to access this treatment.

As strategy director at the UK Center for Medicinal Cannabis, Steve Moore had this to say, “With London being a world’s leading financial center, it’s inevitable that developments like these will occur. But this type of access isn’t a solution for the vast majority of patients in need of medicine.” Establishing more medical marijuana clinics offers a framework that makes it easier for patients to access the medication they need and alleviate insufferable medical symptoms.

Some medical professionals are already scoffing at the idea of medical marijuana clinics. The Dean of the faculty of pain medicine of the Royal College of Anaesthetists, Dr. Barry Miller, thinks it maybe a bit preemitive. “The Faculty of Pain Medicine is deeply concerned by this development, which appears in contrast to the very limited data available on the use of cannabinoids for pain management and, that these clinics are being introduced before the findings of research being undertaken by the National Institute for Clinical Excellence are published,” noted Miller.