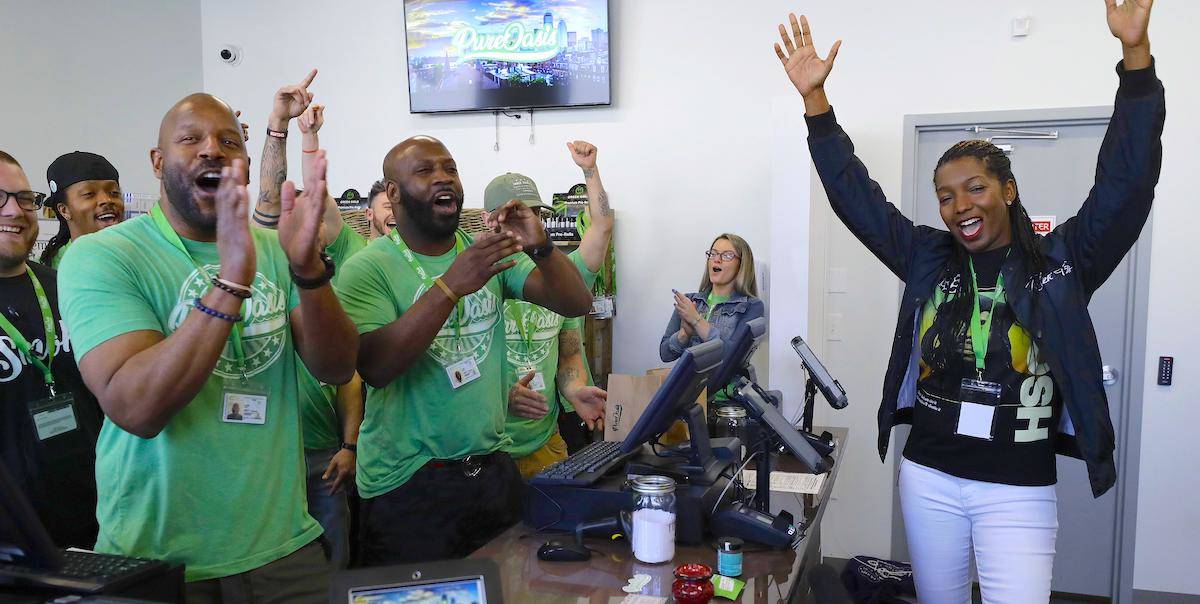 This is a historical step for the program, as Pure Oasis was the first candidate to finish the licensing process.  The commission granted eight provisional licenses with an additional five being approved this past Thursday. Pure Oasis is hoping to get local approval to open two more locations: one in Mattapan and the other in Medford. As of now there are 39 adult-use stores in Massachusetts.

Co-owned by two black men, Kobie Evans and Kevin Hart, they are excited about the potential of the program and the opportunities that recreational marijuana brings to their communities. “Not only do we want to come to the neighborhood and create jobs and financial opportunities, we also want to create this energy around entrepreneurship,” Hart explained on Friday. “So we hope that because we look like the community, people within the community will look at us and sort of take from us what we’ve done and do things similar.”

The Boston cannabis dispensary will open almost exactly a year after the opening of NETA Brookline. Even months after opening, NETA remained one the busiest cannabis stores in the nation. Pure Oasis anticipated a similar reaction, and smartly rented out some space next door in order to provide an indoor waiting area for people.

They were very excited to make their very first sale to Niambe McIntosh, the daughter of famed reggae singer Peter Tosh. Her brother was tragically killed in a New Jersey jail while doing time for low level cannabis possession. She has been a champion for marijuana legalization, and bought with pride at Pure Oasis yesterday.

The store offers pre-orders to customers in an effort to hopefully expedite the wait. To prepare for the opening, Pure Oasis hired several police details to work alongside their security staff. The police were there to prevent and enforce parking, traffic problems, and public consumption of cannabis, which is still illegal in Massachusetts.

Massachusetts as a whole has done a tremendous job of managing legal cannabis.  With a strong regulatory process in place and strong values in place, the state will continue to work with adult-use stores.